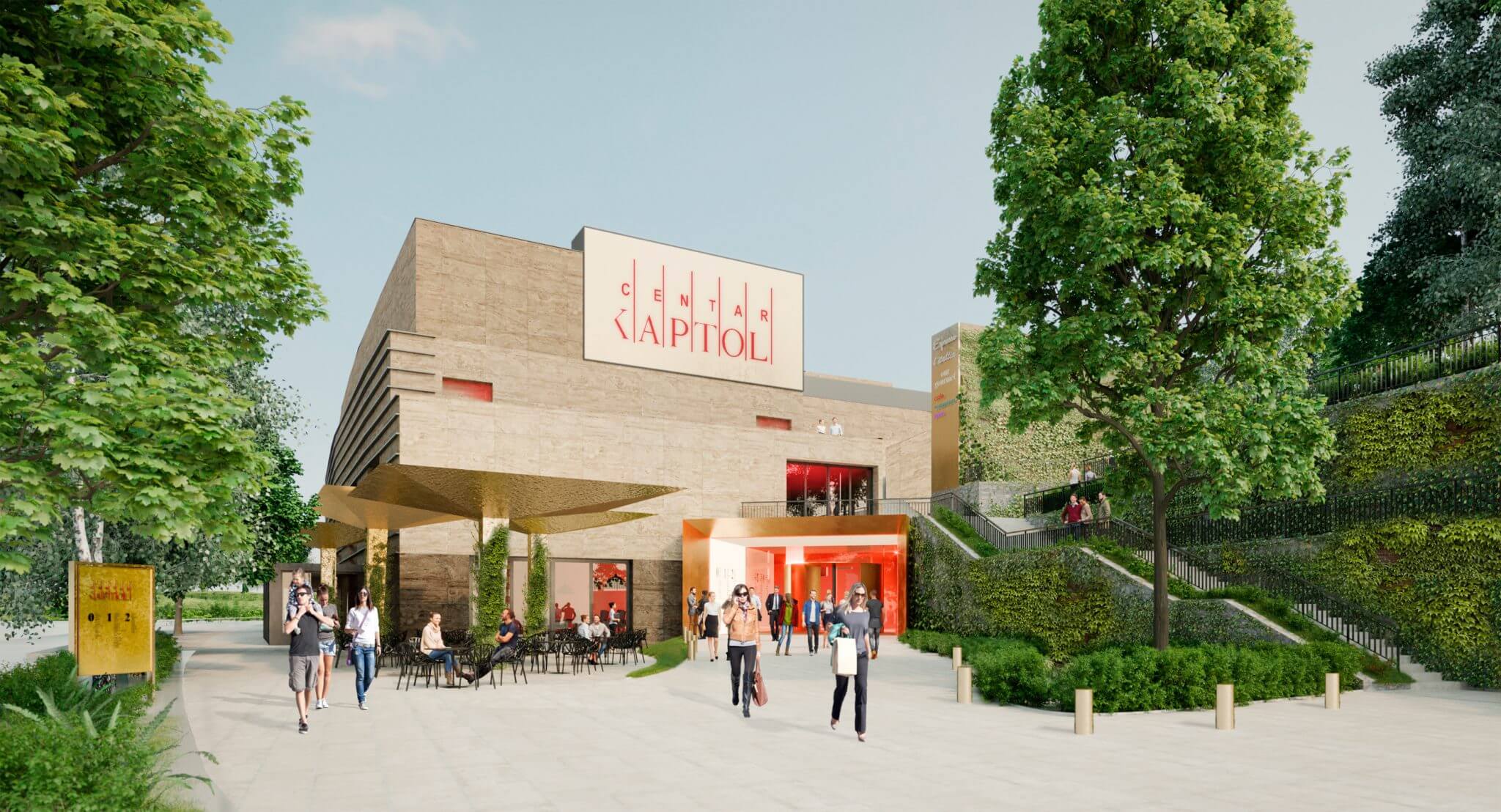 BEHF Architects has been commissioned to convert the existing shopping mall “Centar Kaptol“ into a modern shopping hub.

The “Centar Kaptol” was opened at the end of 1990s in Kaptol, the historic center of Zagreb. The centre, originally an old hat factory with two additional extensions, was relatively well positioned in the 1990s. However, the mistakes in architectural solutions resulted in a decline in visitor frequency. At the beginning of 2018, Austrian property specialist Supernova acquired Centar Kaptol. BEHF Architects has been commissioned to modernise the existing property in the high-quality urban district of Zagreb and convert it into an inviting place.

The design strategy is to develop a new spatial structure and create a novel look for the forecourts of the centre. Due to somewhat unconventional layout of the rooms and pathway on the ground floor, the majority of shops have B and C locations. The room layout on the two upper floors needs an improvement as well. BEHF Architects has developed a concept which provides clear structures and better visual and functional organisation in the interior of the building. The mall layout has been adapted to contemporary retail requirements. The piecemeal shop structure has been converted into a clearly arranged layout and walkways. A spacious oval pedestrian walkway has been developed for the center of the building in order to create a better visual and functional connection to three levels. Easy viewing of the three levels is additionally enabled through the enlargement of the escalators. 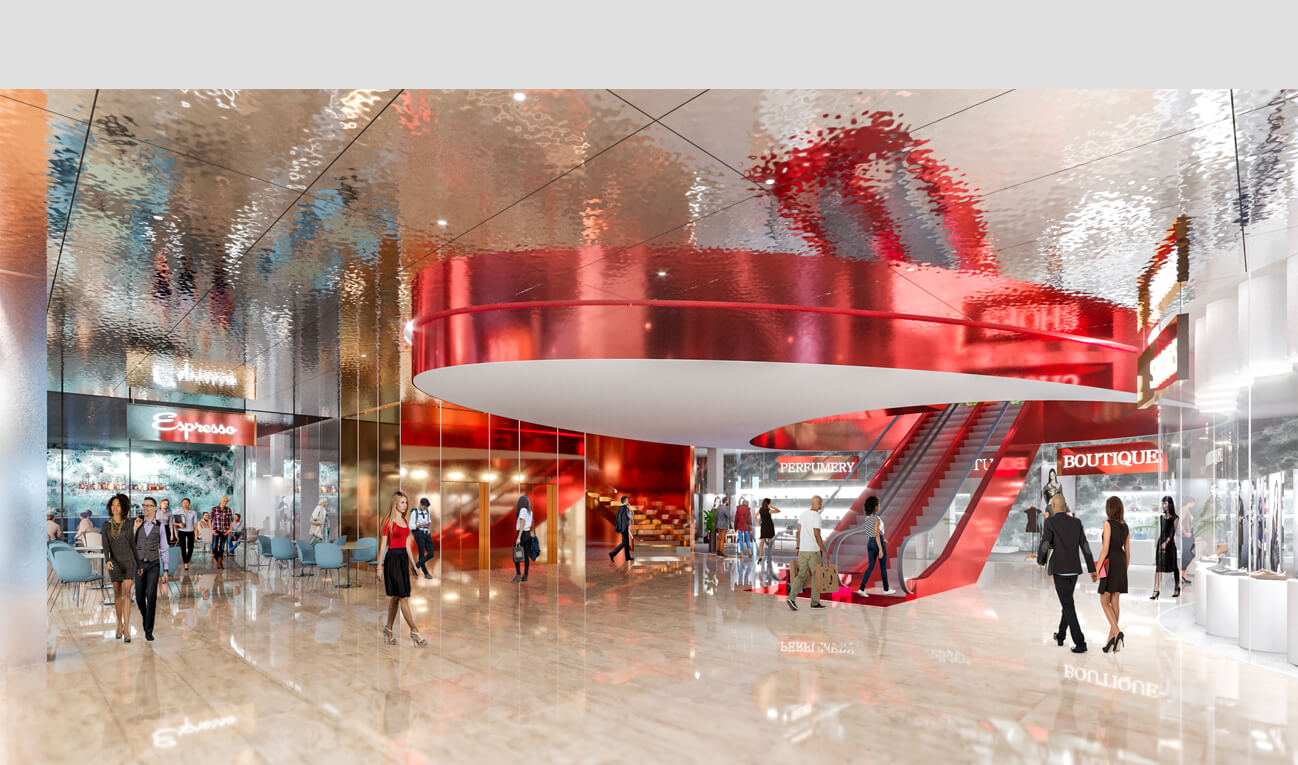 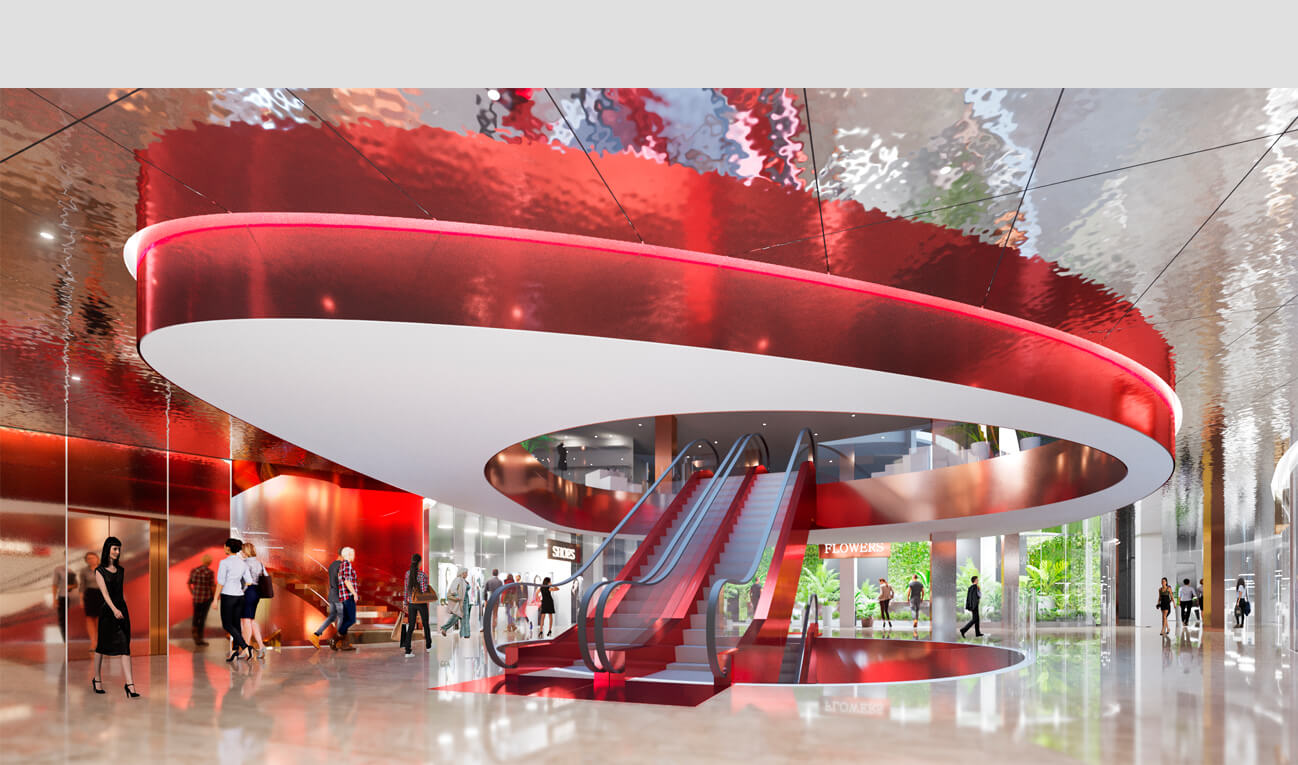 The colour red plays an important role in the accentuation of the functional elements. Besides, reflective metal was used for the ceiling to maximise the illusion of depth and compensate for the existing building’s low ceiling heights. Therefore, an additional feeling of space is created.

The forecourts of the centre will be completely redesigned. The architects have developed a clear definition of the three main entrances and their allocations to the mall. The existing natural stone facade will be comprehensively renovated. The frontal area of the centre will receive more green spaces. The inner courtyard of the mall, which has barely been used, will be redesigned and filled with green spaces as well.

The design develops a harmony between the architectural elements and green areas. This is intensified by a striking lighting concept.

The architects will carry out the entire renovation works while the centre will remain operational throughout. The conversion is expected to be completed in 2019.