An age-old alliance between art and the inherent beauty that exists in nature has been a source of inspiration for BEHF Architects when designing the ARTSPACE. The centre of the concept is an arts depot nestled smoothly into a lush greenery on top of a residential building facing an inner courtyard.

The starting point for the design has been to convert the conventionally built existing space into the arts depot and amplify its connection with the surroundings through the use of materials. By exploring the conflict between openness and enclosure, the architects have developed a design strategy that blurs the traditional boundaries between inside and outside. A minimalist cubicle in a striking, vivid flame red colour has been placed as a shelter for the paintings. Enhanced by the glass, the colour brings light and animates surroundings with reflections and brilliance. A continouous flooring covered with lime-green artificial grass allows to completely open up the interior to the outdoors and truly blend them together. The ceiling made out of stainless steel panels with a mirroring and slightly wavy surface adds the finishing touch to the unique ambience. It reflects a fragmented image of the surroundings, giving the optical effect of gently rippling water. The desired level of illumination of the arts depot have been achieved through the controlled ceiling-mounted lighting. Special attention has been paid to the intensity of light and its effect on artworks. 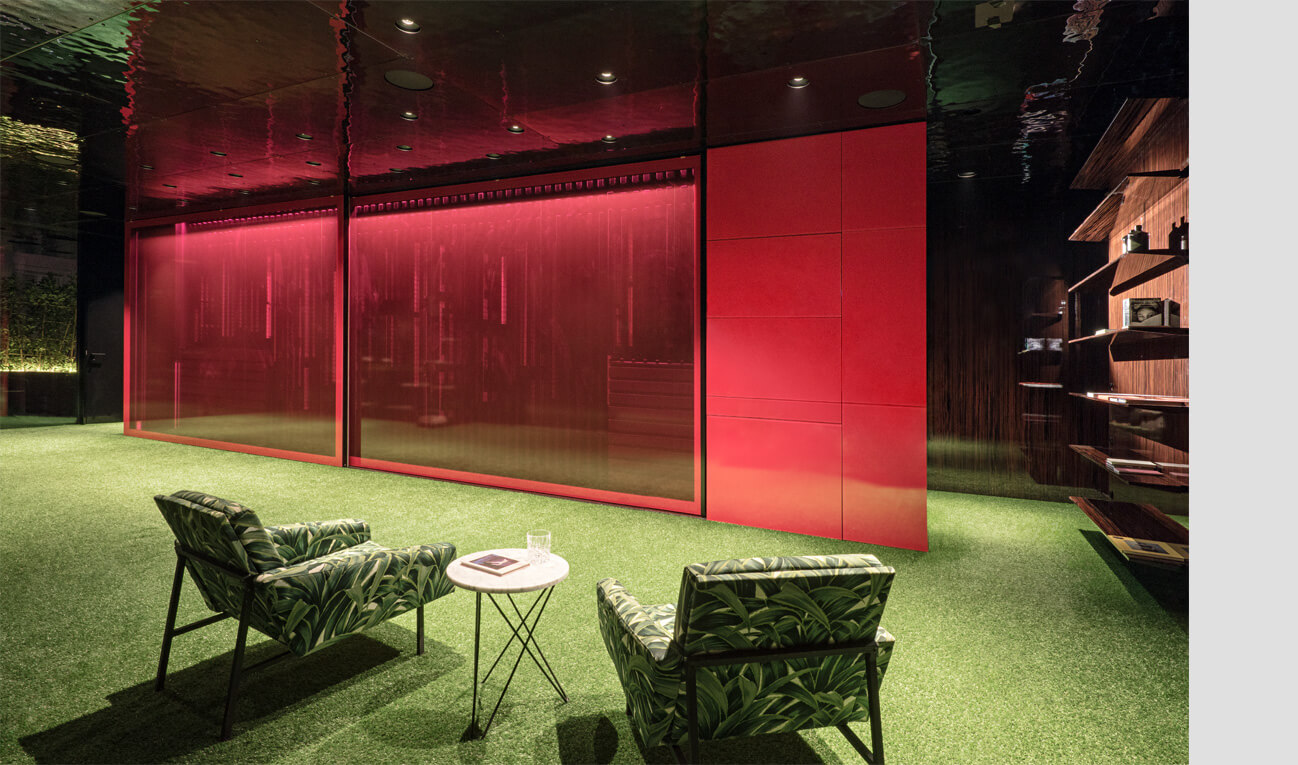 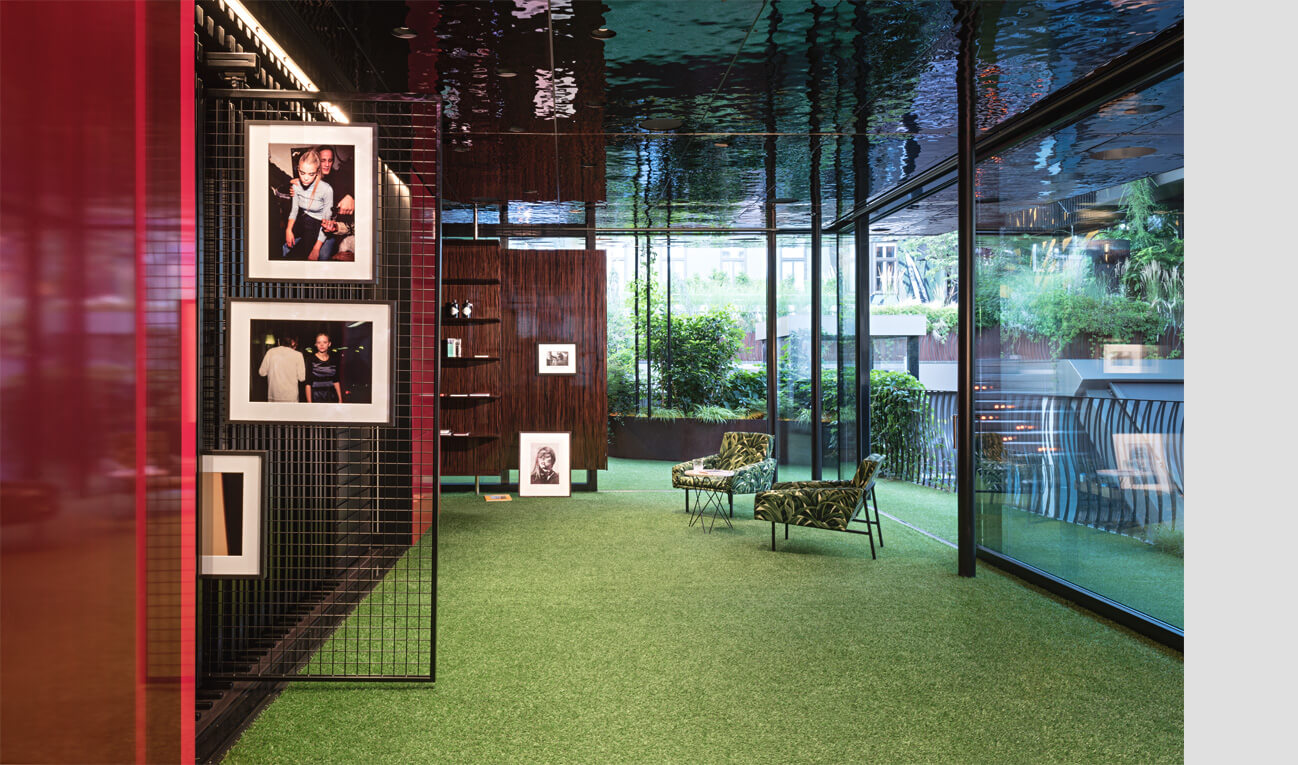 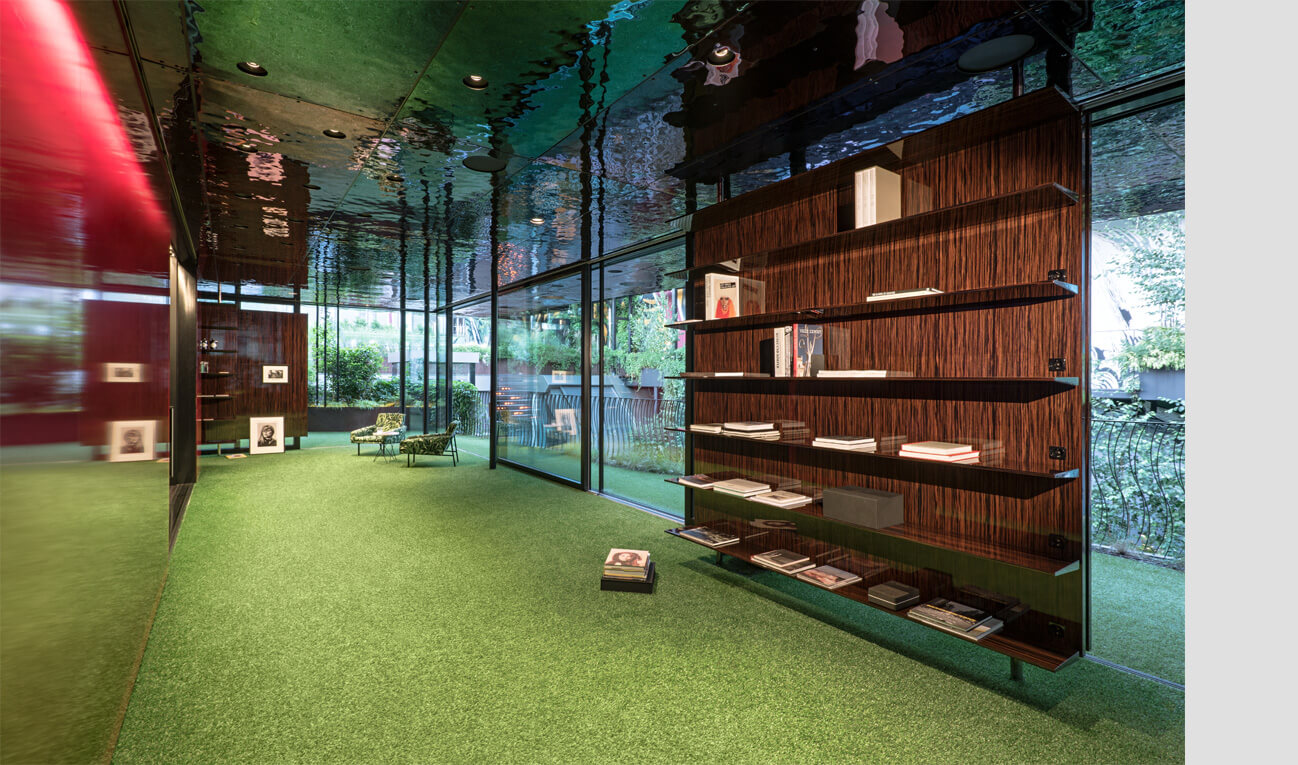 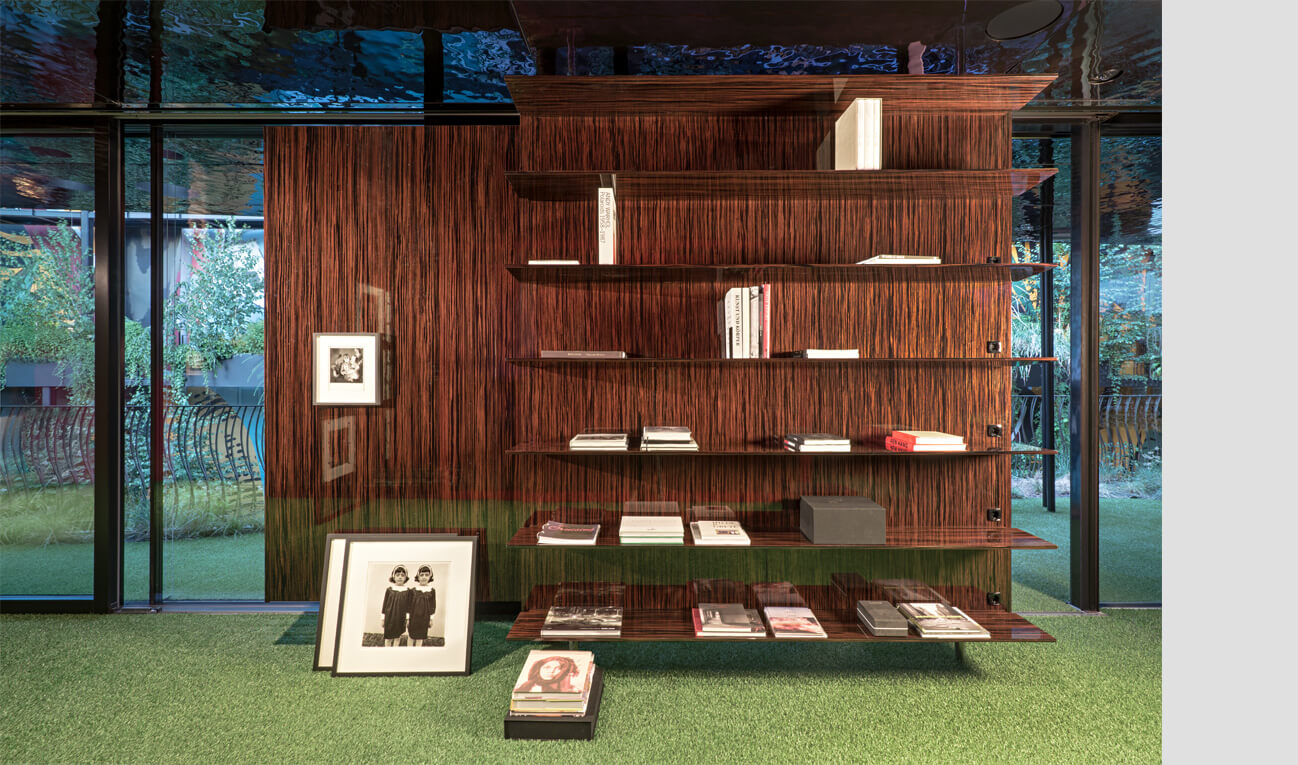 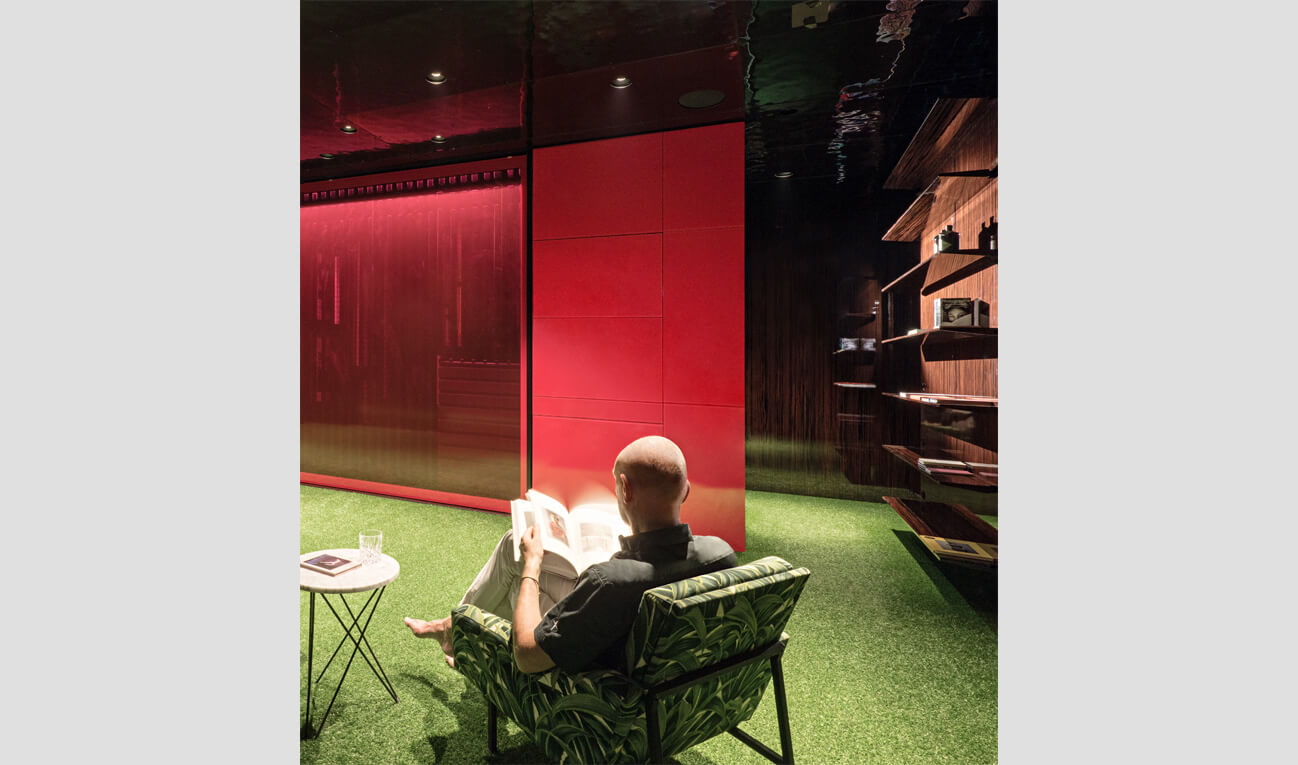 The ARTSPACE carefully unites the immediate surroundings incorporating the existing greenery, natural features and picturesque murals overlooking the arts depot. At the ARTSPACE, one can experience the nature and coexist with it: with the birds, plants and flowers.

In modern times, with urban and industrial developments, activating the relationship with nature is vital for human well-being. The attempt to create a sense of nature in the middle of the city is harder, but that is what BEHF Architects has done with its design for the ARTSPACE. 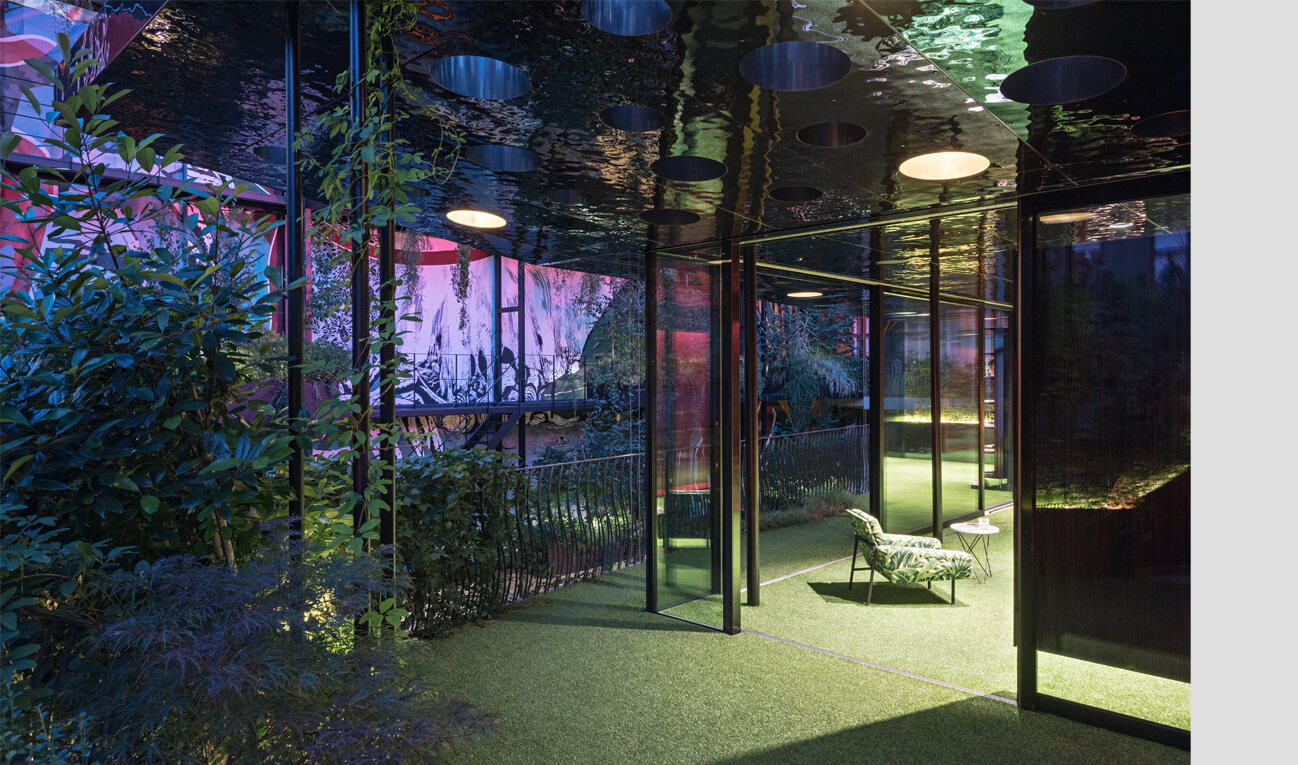 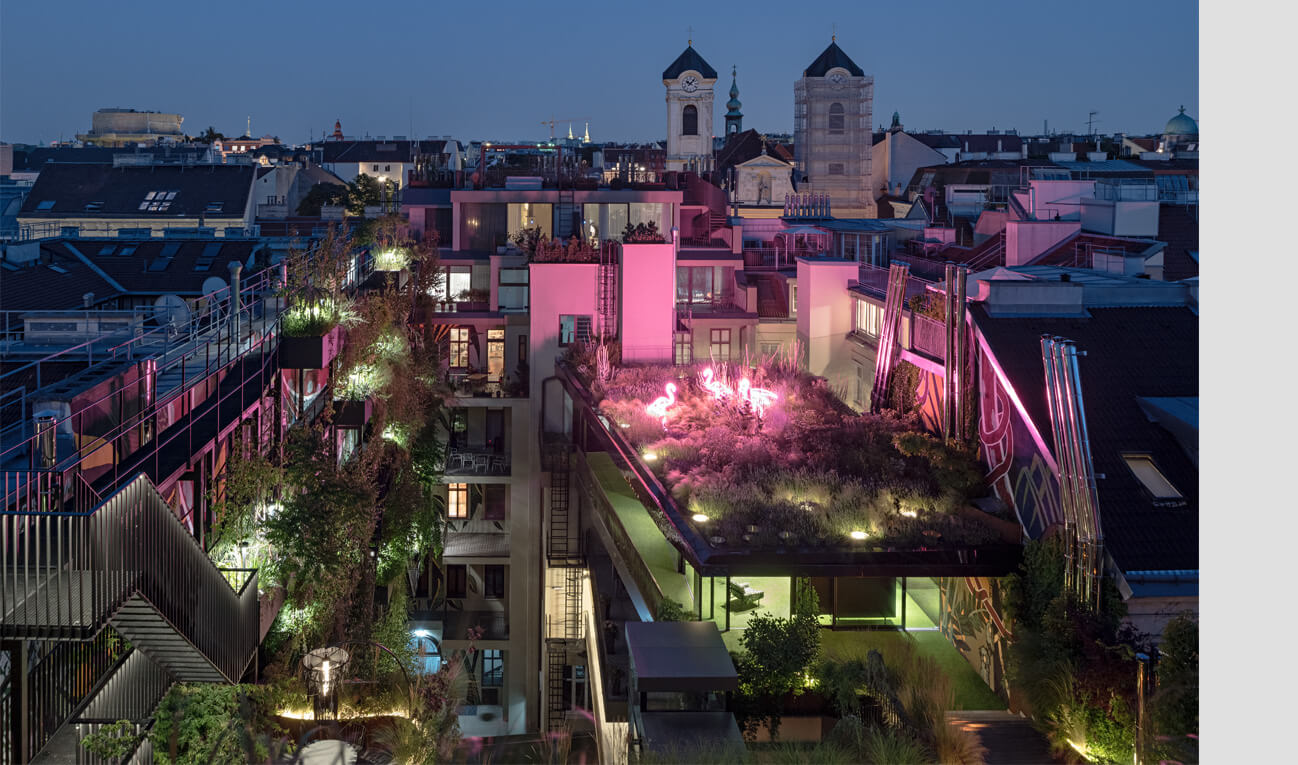