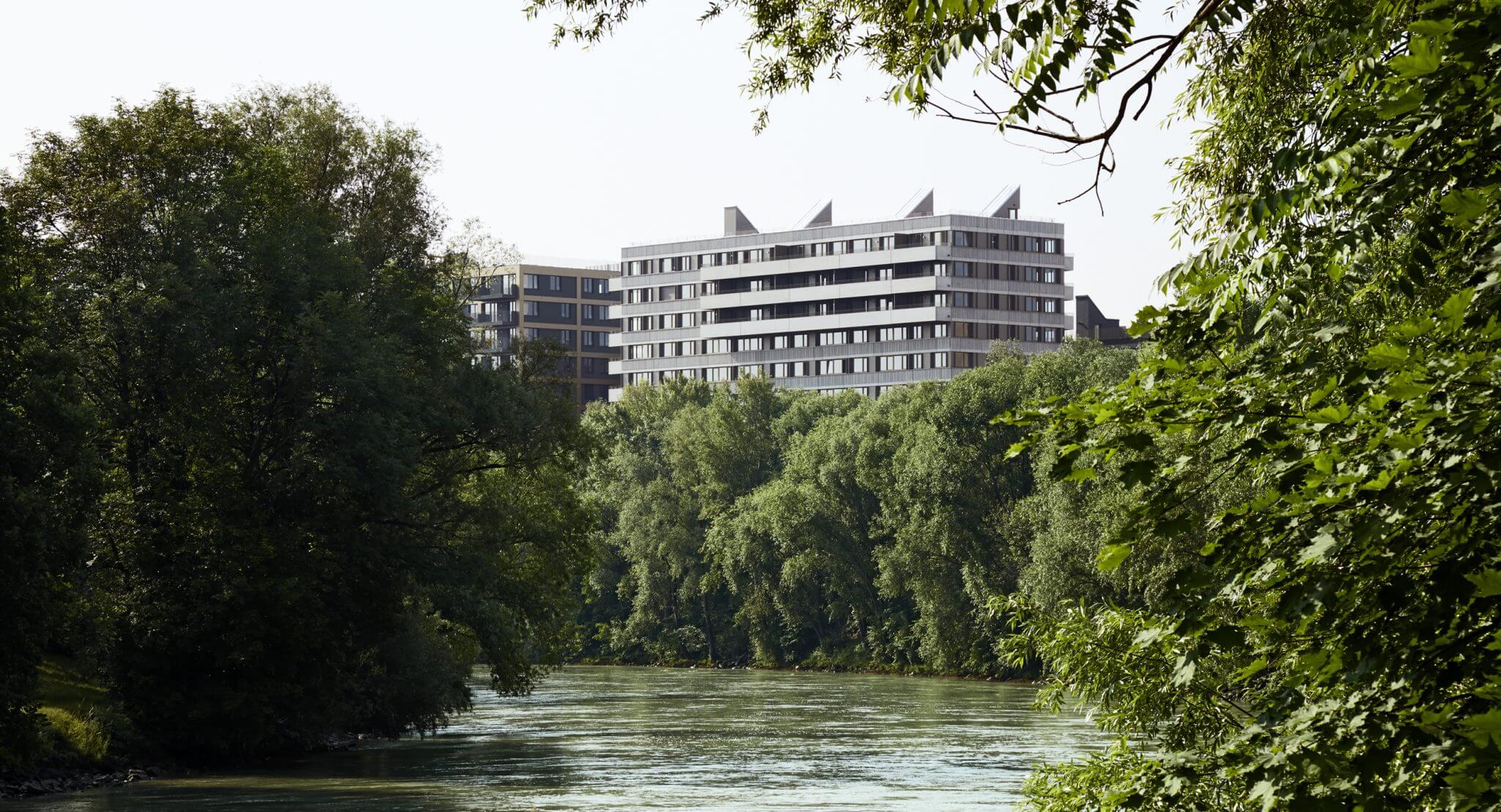 The building units at Erdberger Lände 26 “North” stand at a clear right angle along Erdberger Lände and the neighborhood of Henkel-Werke. They open up in a form of a park to the southwest. A commercial area and garage entrances are oriented towards the Lände, whereas the ground floor apartments with private gardens and children’s playgrounds are oriented towards the open courtyards.

The ensemble of towers comprises 269 apartments which range from 41 to 154 square metres in size, i.e. consist of one to five bedrooms. Thus, the coexistence of a variety of family forms and life styles in the new district is possible. Each apartment has a separate open space in the form of balconies, loggias or terraces. Of particular note are two and three-storey maisonettes with larger and smaller gardens, positioned south and southeast. As a result, high quality, lively living spaces are created on the ground floors facing away from the street. The apartments are connected via naturally illuminated walkways. The complex comprises 156 underground parking spaces in a 1-storey underground car park. 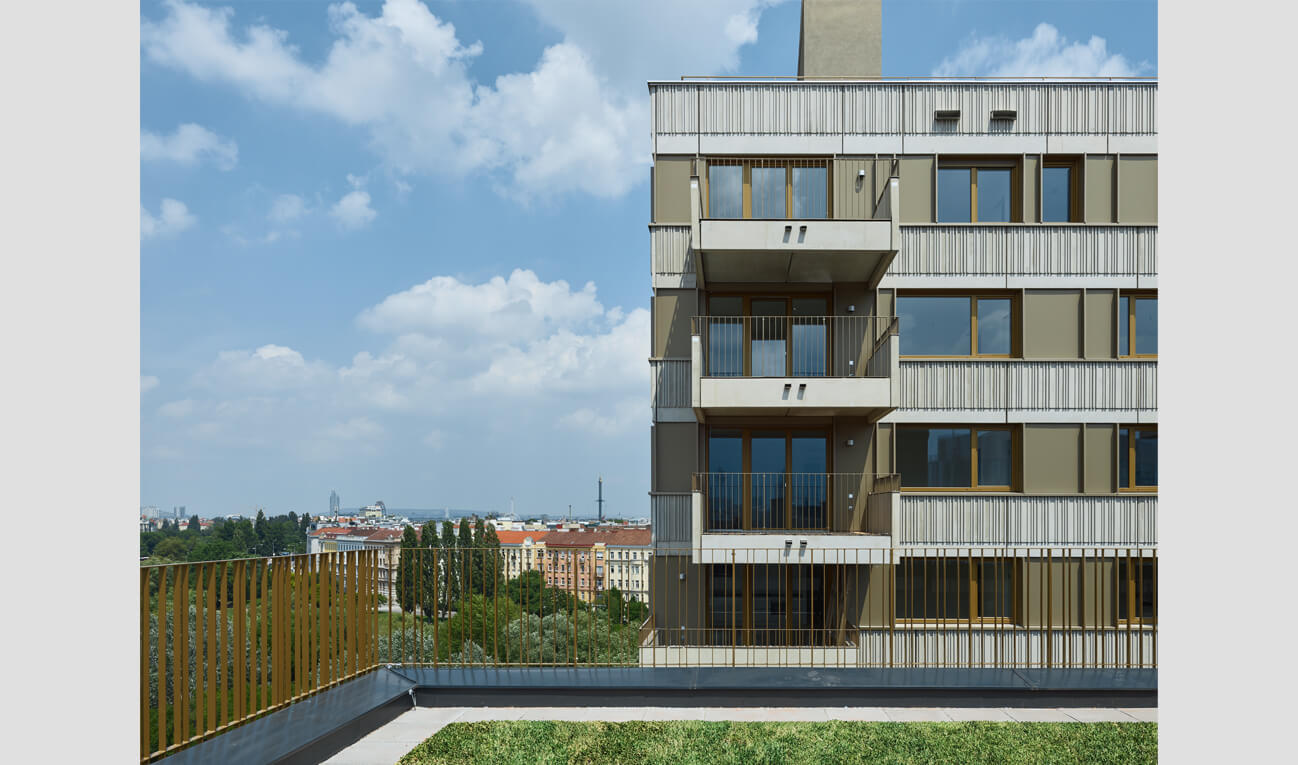 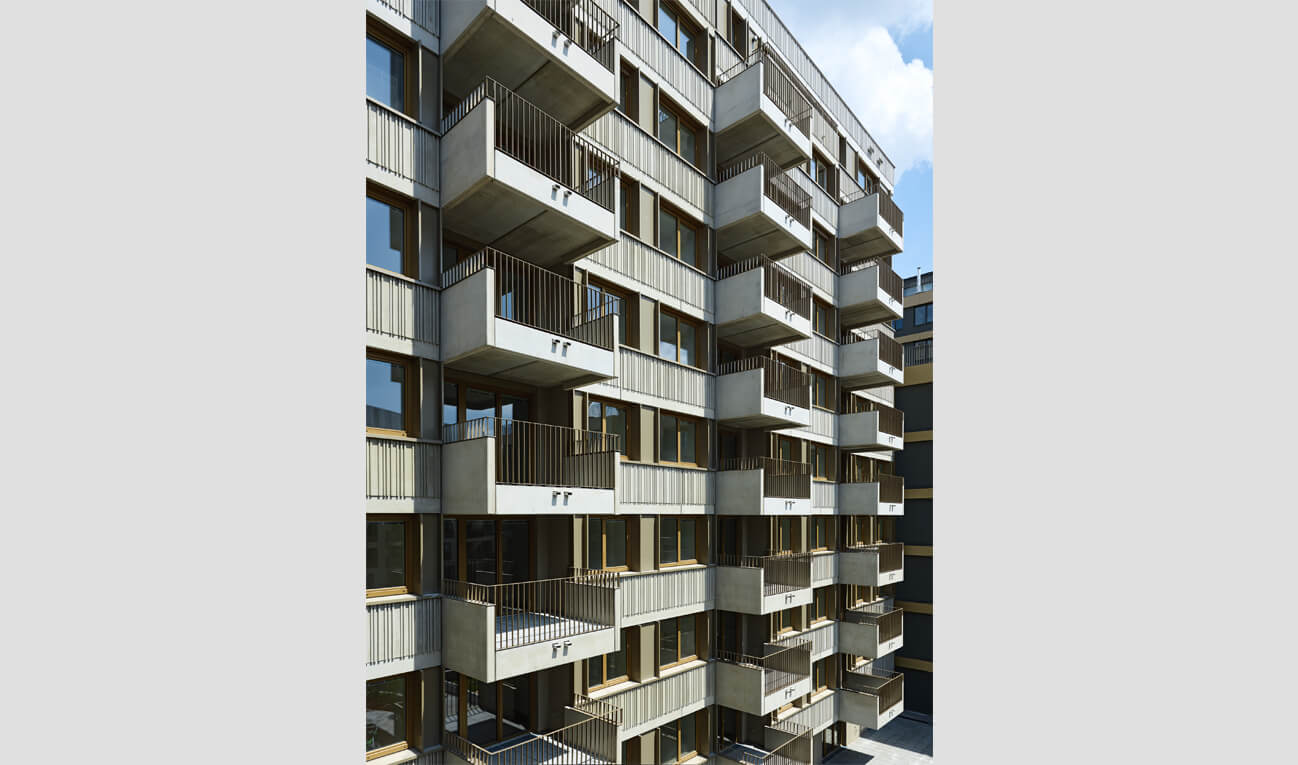 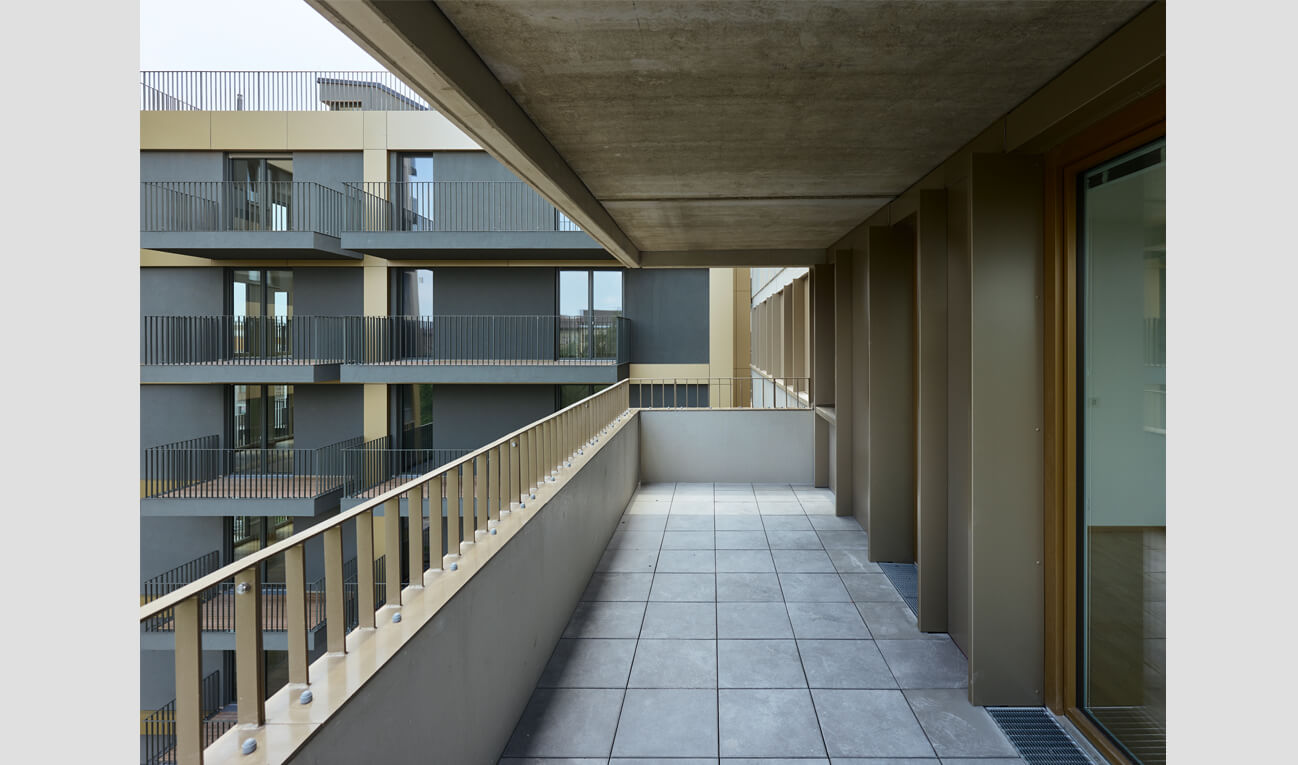 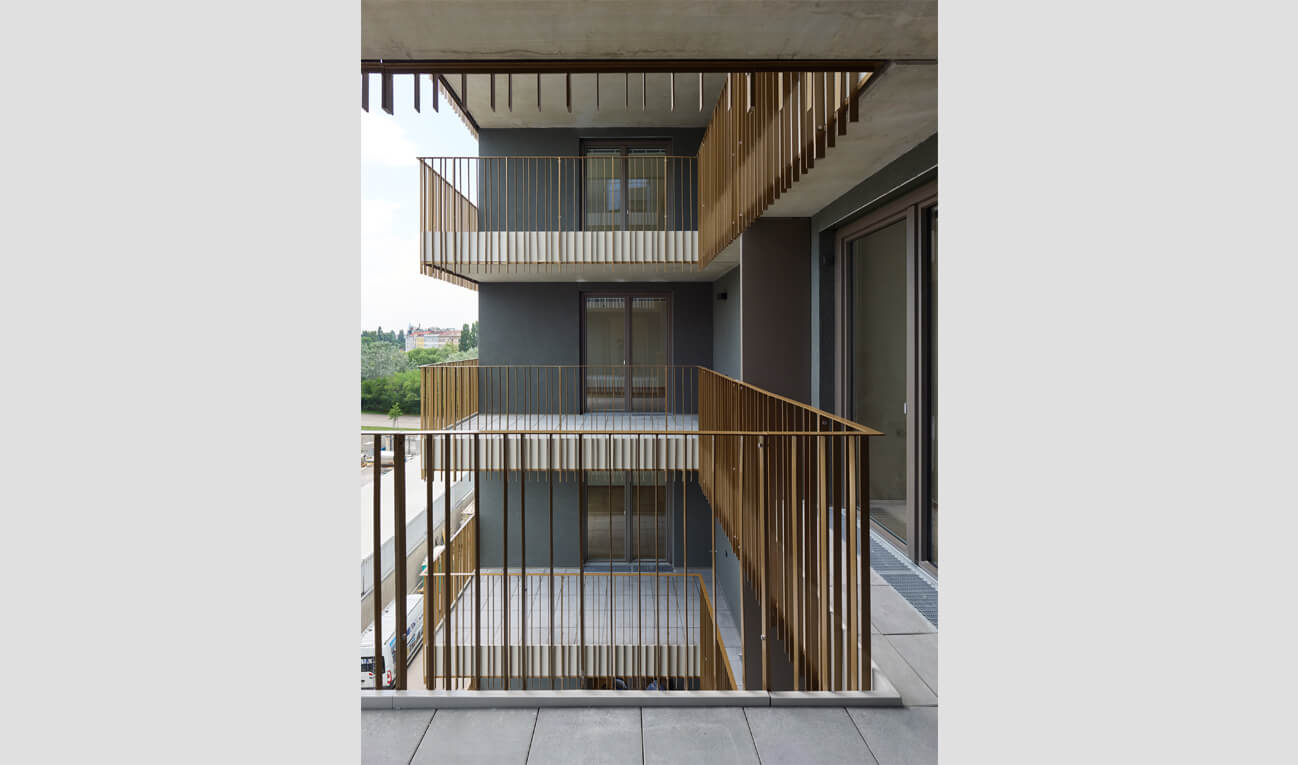 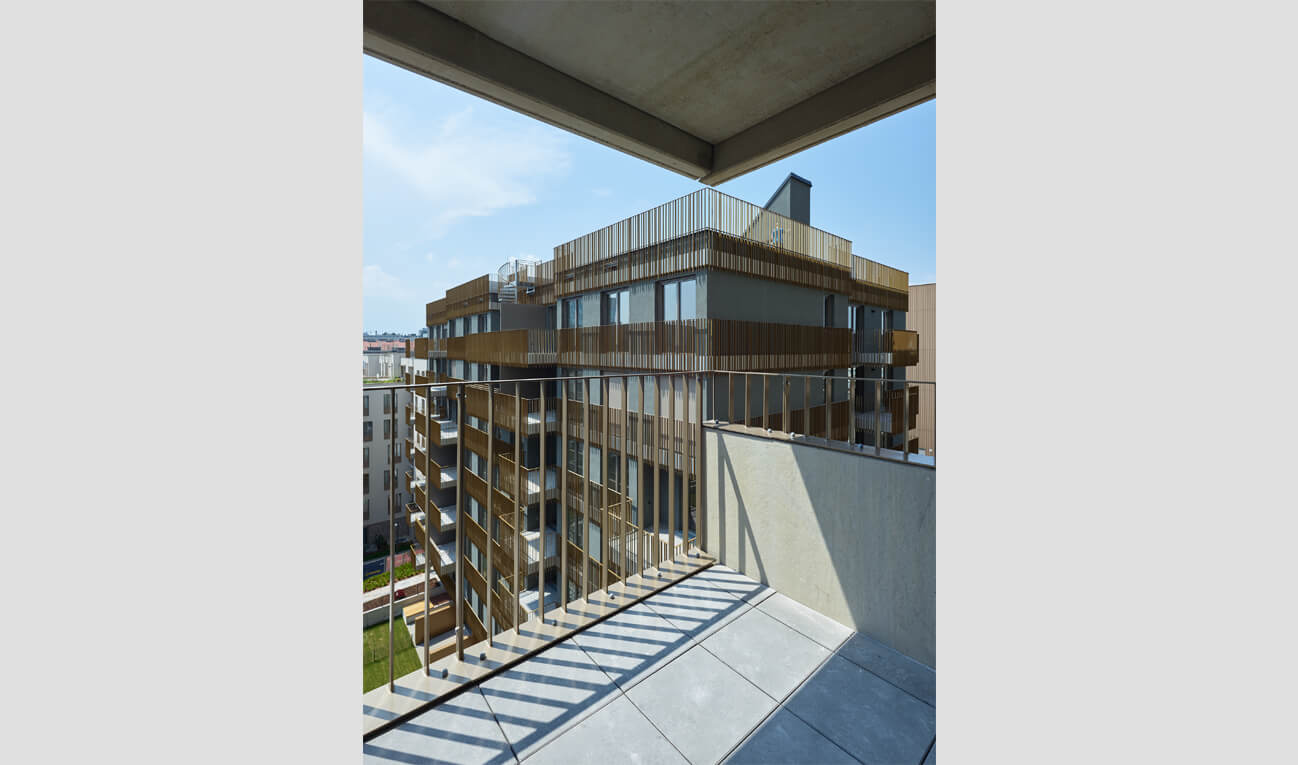 The clear and strict building structures of LAENDYARD, Erdberger Lände 26 “North” appear as a coherent, rhythmical whole. The participating architects have agreed to use a uniform selection of materials and colours in order to formulate the ensemble in such a way that it appears related, but at the same time distinct. As a result, an ensemble of buildings with high recognition value has been developed.

The building unit facing the Canal and the street Erdberger Lände appears as a woven structure with vertically arranged window frames. It features bright, irregularly spaced bands with pre-cast concrete components. Anodised aluminum window frames incorporated into the gaps between these bands create playful shadows to add a dynamic expression on the facade. Another structure features continuous railing made of shiny, powder-coated flat steel, which contrasts the dark background covered with thermal insulation facade with floor to ceiling windows. 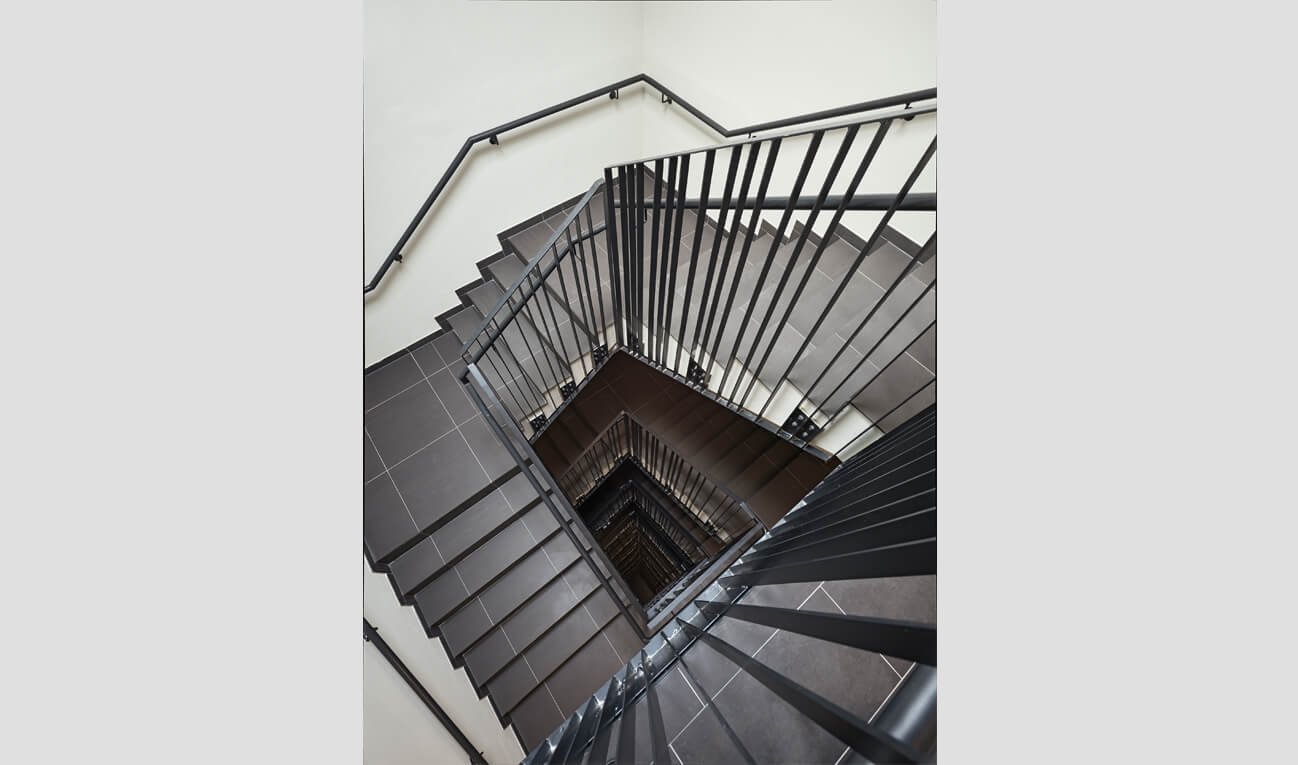 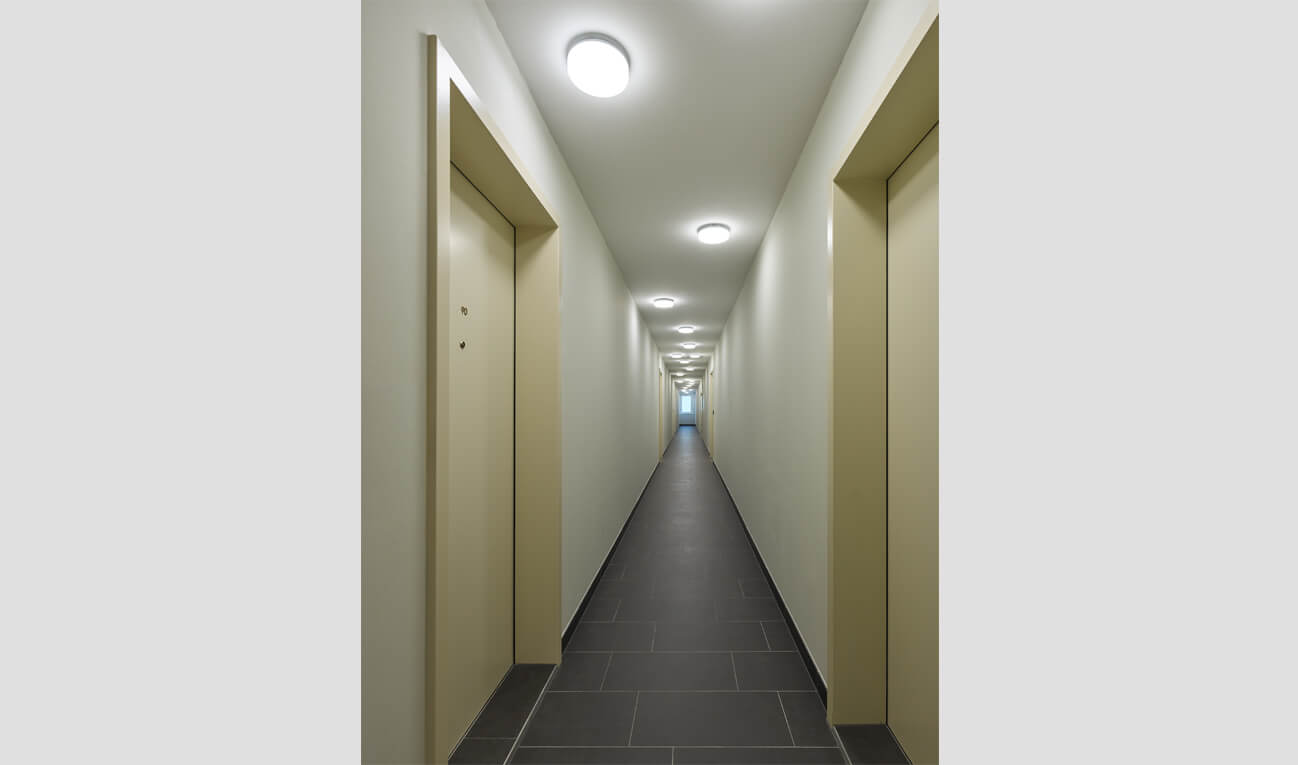 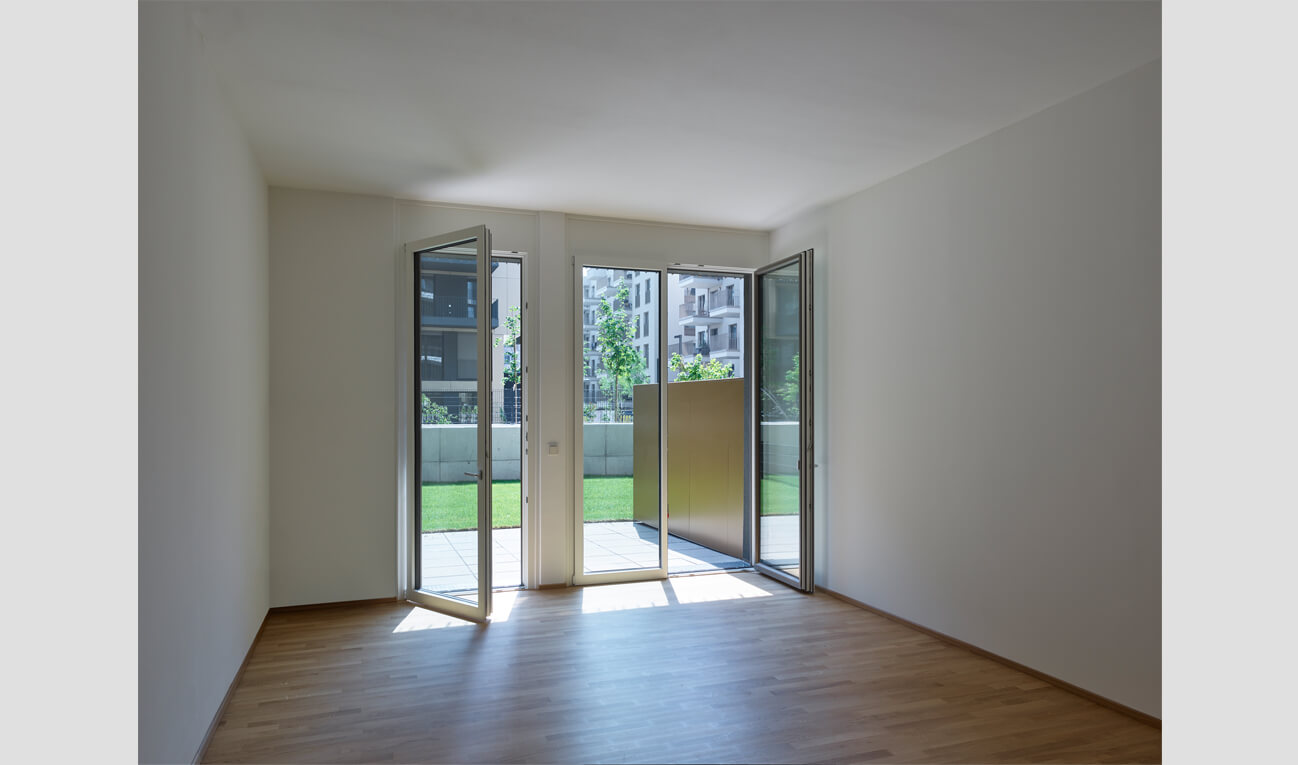 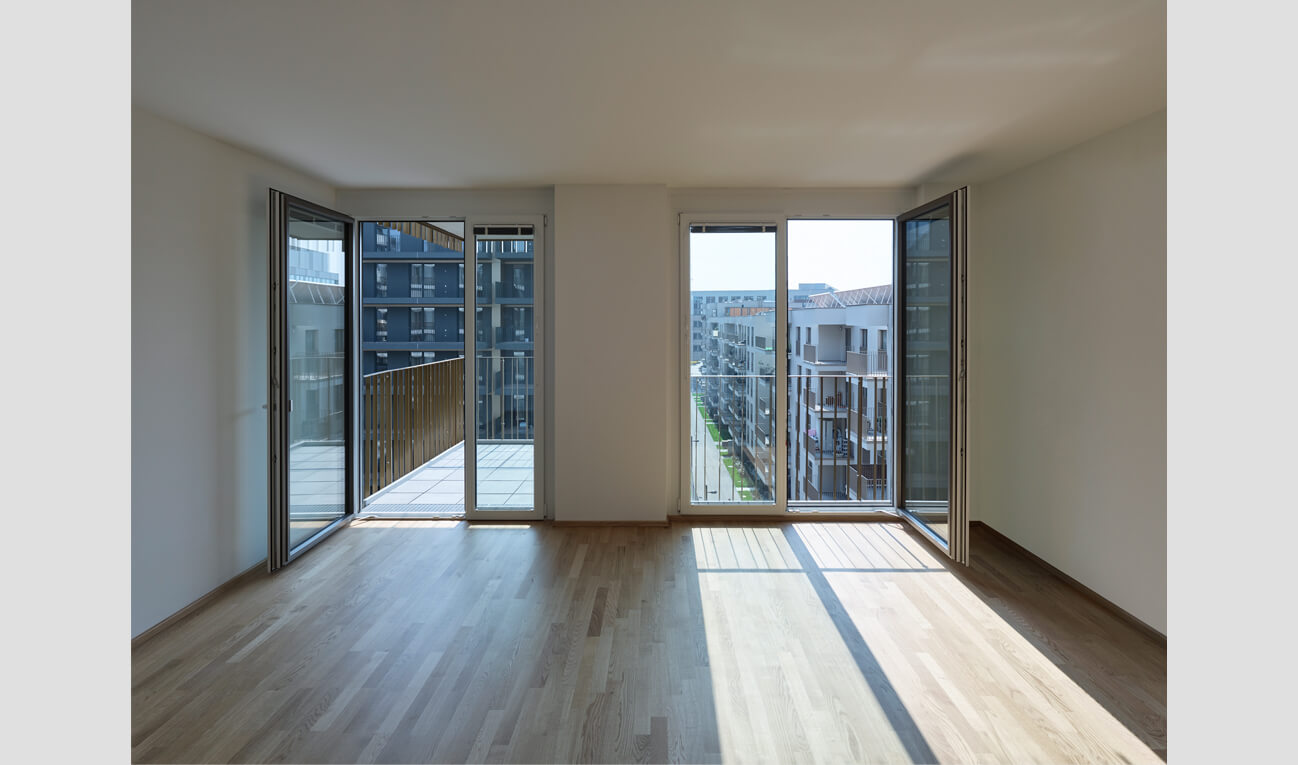 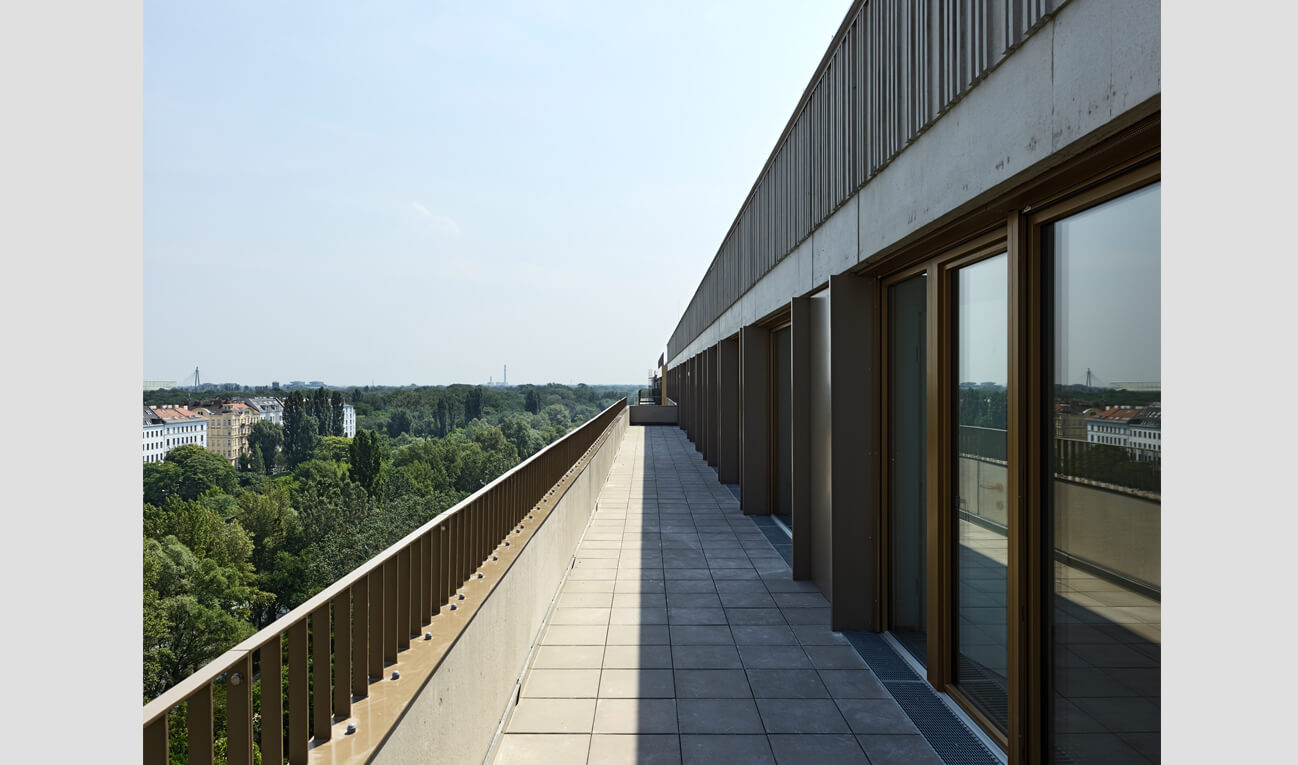 With the completion of LAENDYARD, Erdberger Lände 26 “North”, BEHF Architects has developed a vibrant neighbourhood of Vienna with high quality of life which enlivens the area by the water’s edge and creates a stronger and more visible link between the city and the Danube.