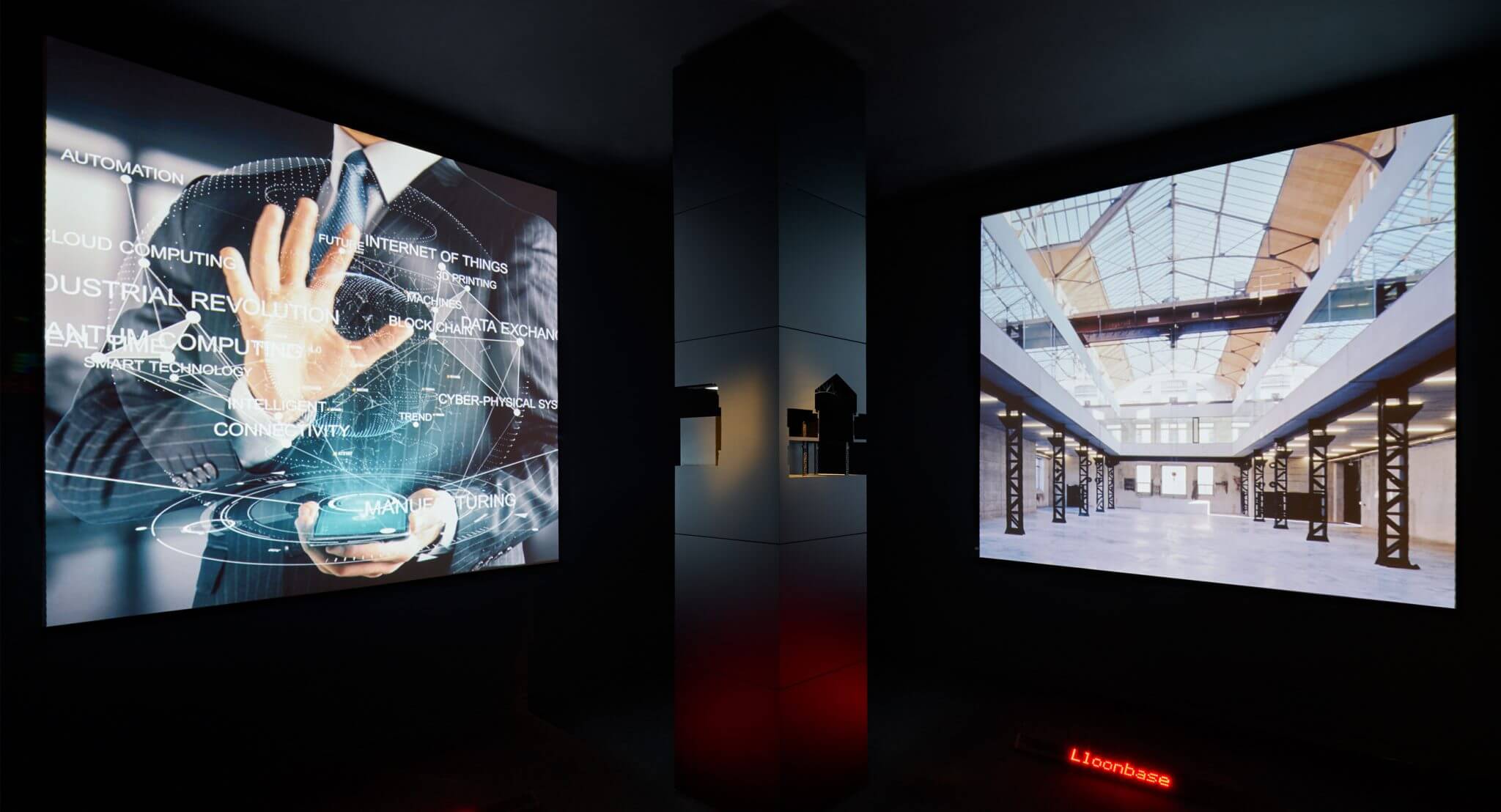 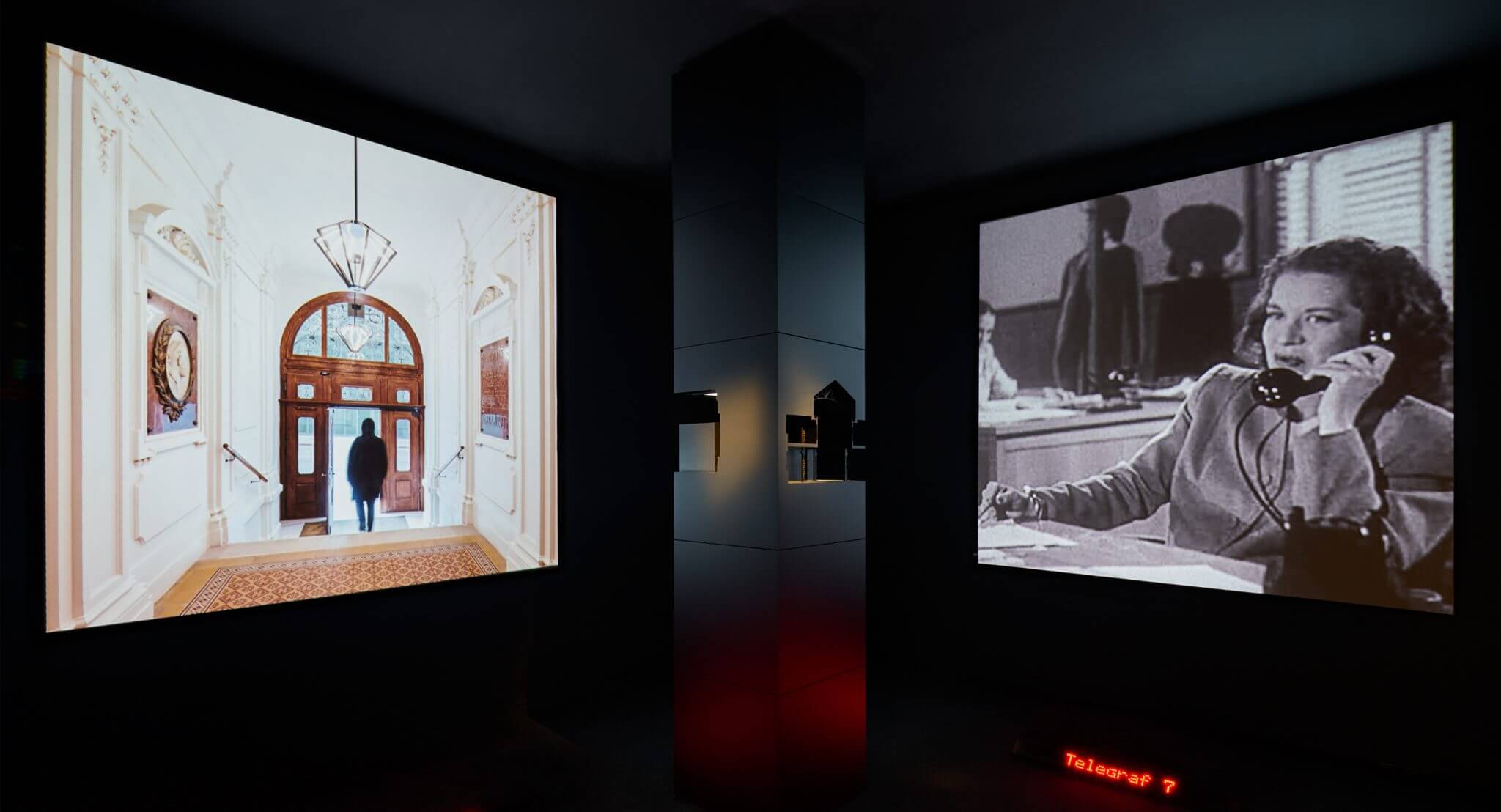 BEHF Architects participated with two projects: TELEGRAF 7 Office JP Immobilien and LLOONBASE 36 Headquarters. The exhibition installation took visitors on a historical journey through architectural models, concepts, photographs and movies. It traced the factor “time” in the two listed buildings and showcased their spatial development. Simultaneously, this immersive exhibition explored the aspects of our human existence and explained the dynamic changes of human life over time within a specific space. 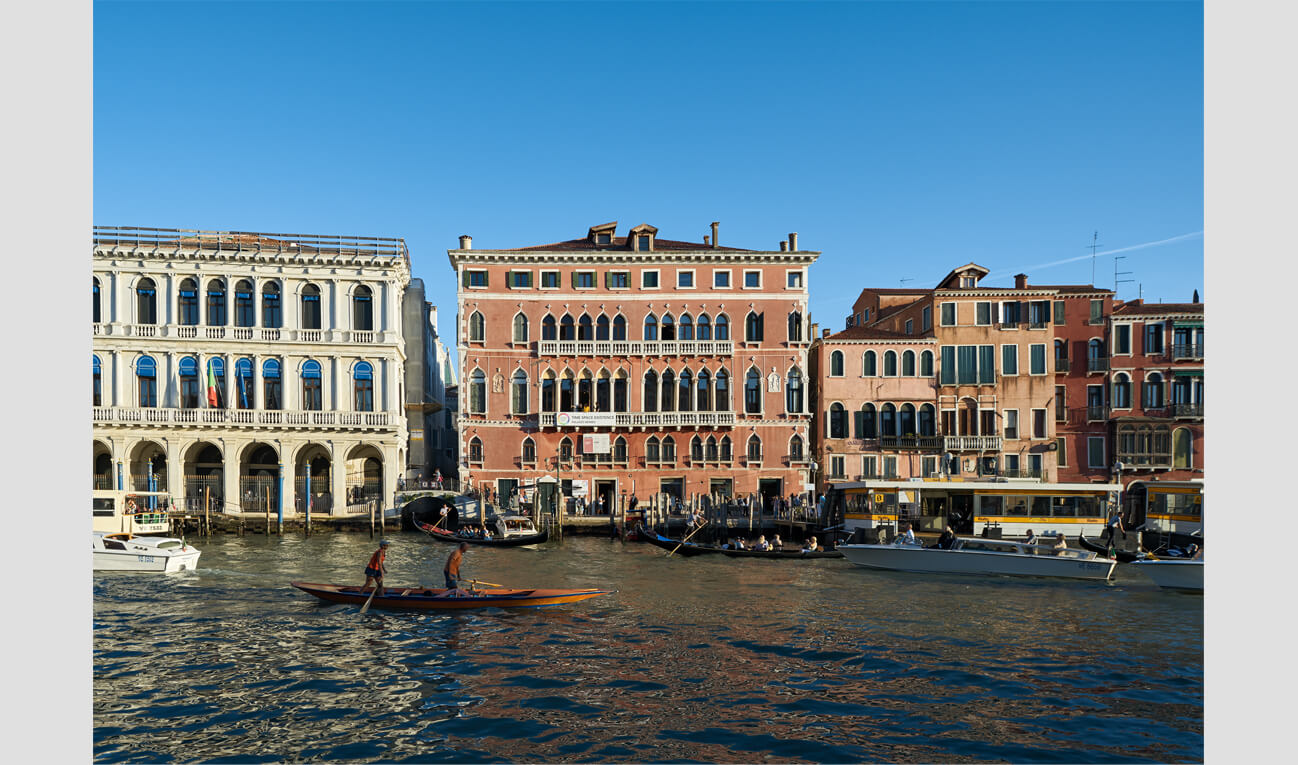 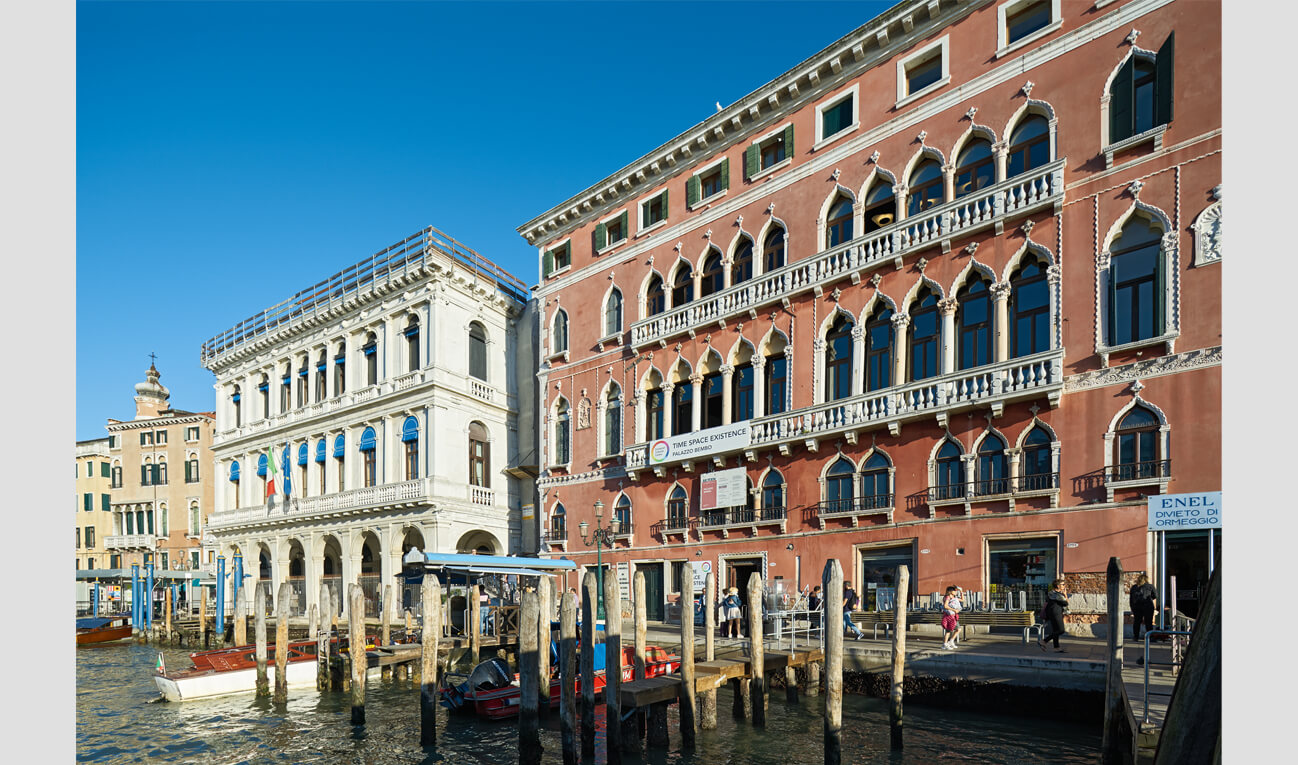 1888/89: Construction of the Hugo Reinhold Gläser Factory in Quellenstrasse 149, 1100 Vienna based on the design by the architect Oskar Laske. The factory compound was soon expanded through acquisition of the surrounding plots and construction of the wood-sheds commenced.
1900: Maximilian Luzzatto appropriates the ownership of the factory.
1906/07: Construction of the three-aisled machine hall with a brick facade on the surrounding plot in Siccardsburggasse 36, 1100 Vienna designed by the architect Ludwig Schmidl (the cast roof structure was engineered by Waagner–Biró).
2004/06: BEHF Architects converts the hall into a multifunctional production facility and an event venue for the Balloonart company. 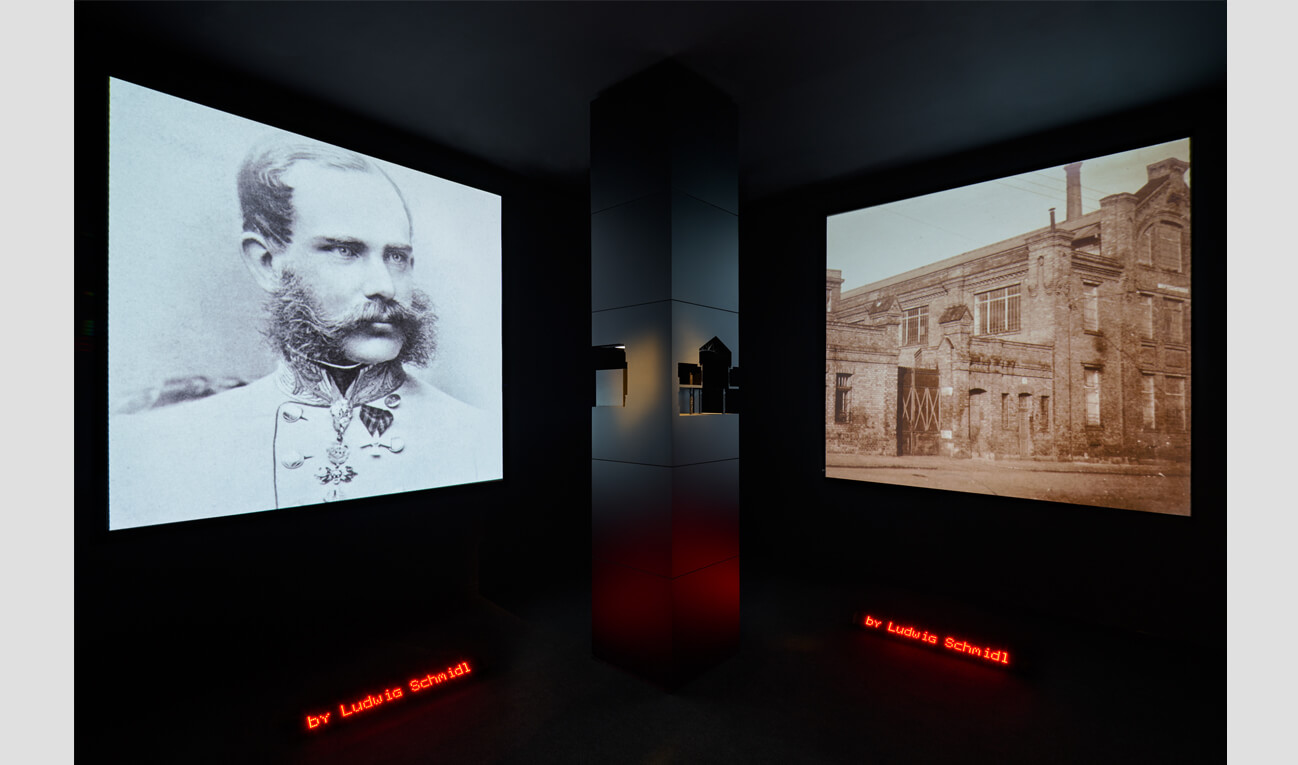 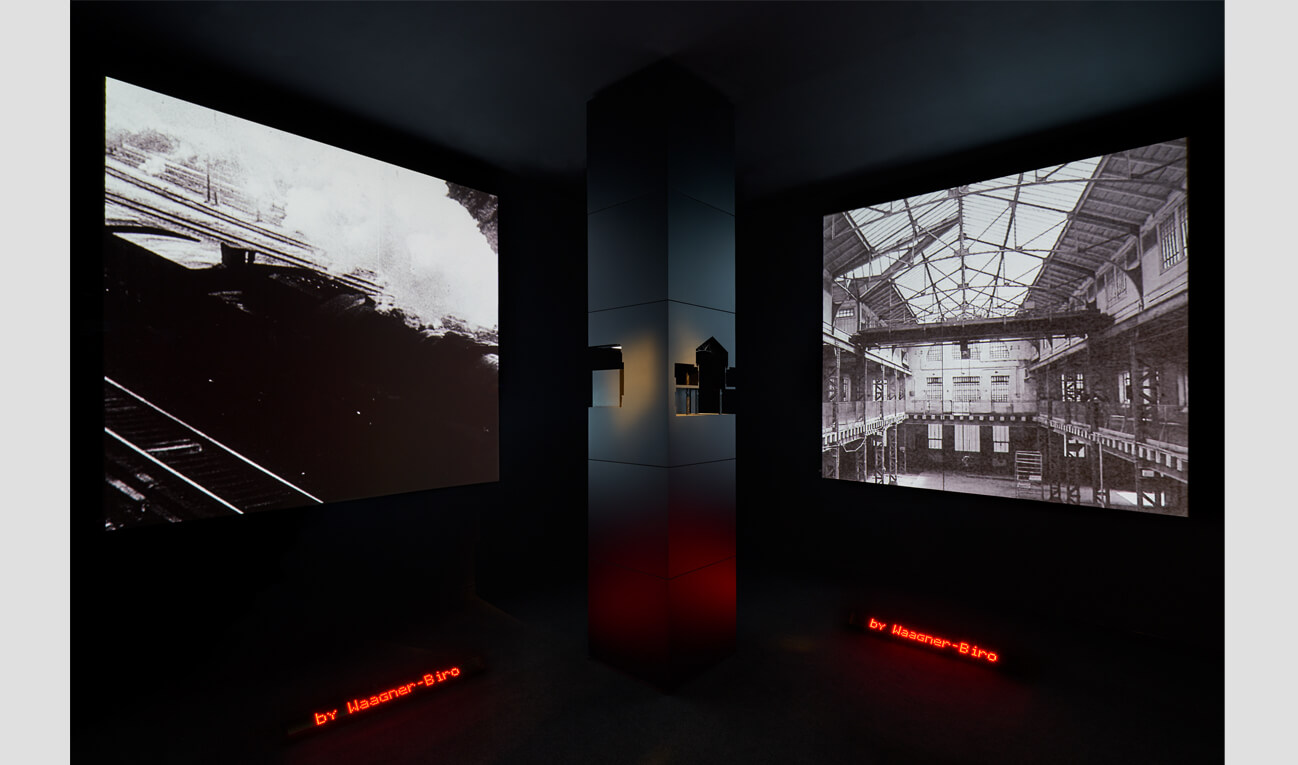 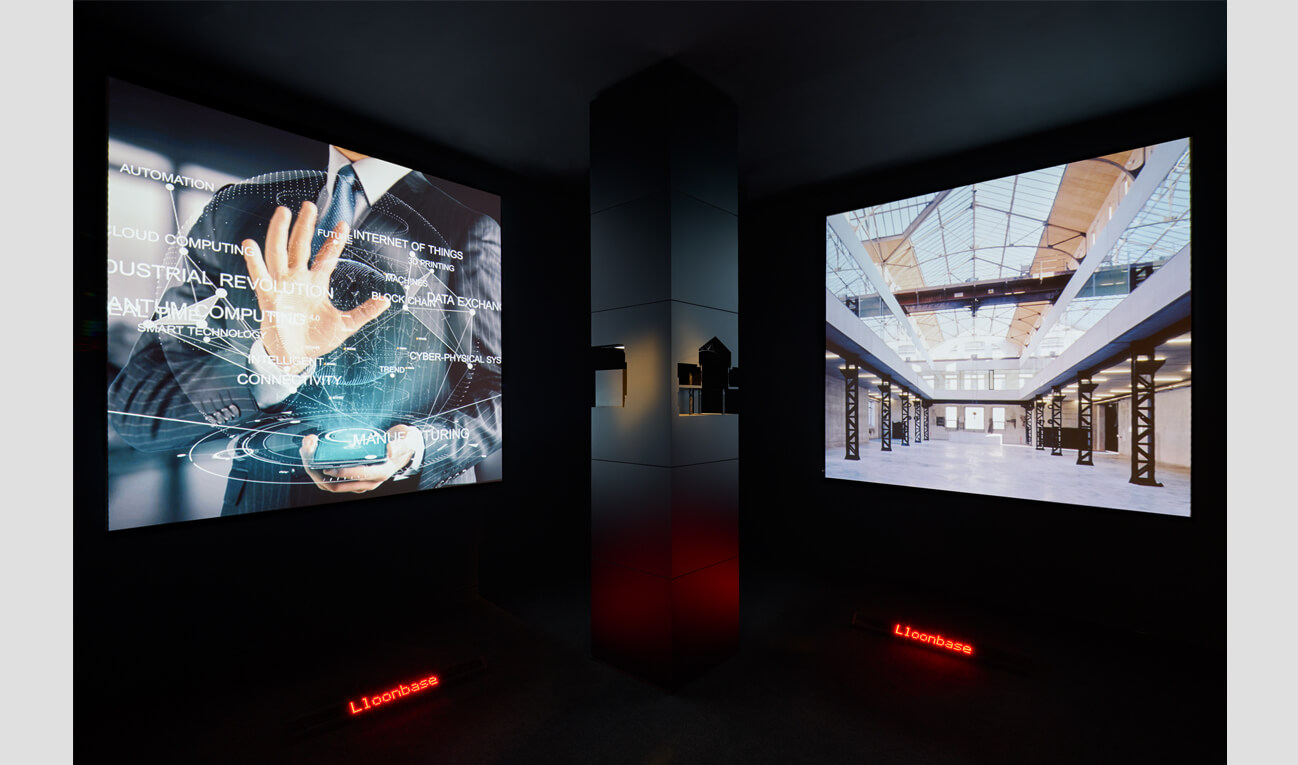 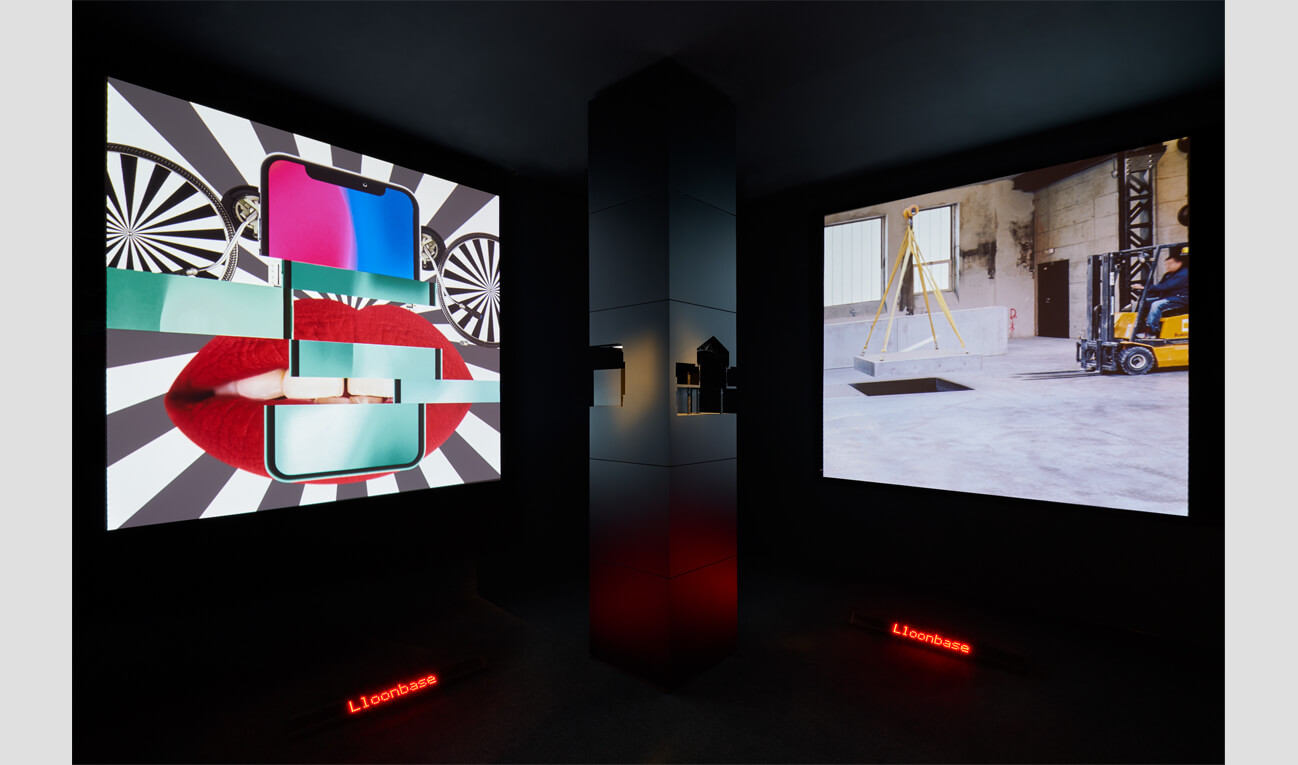 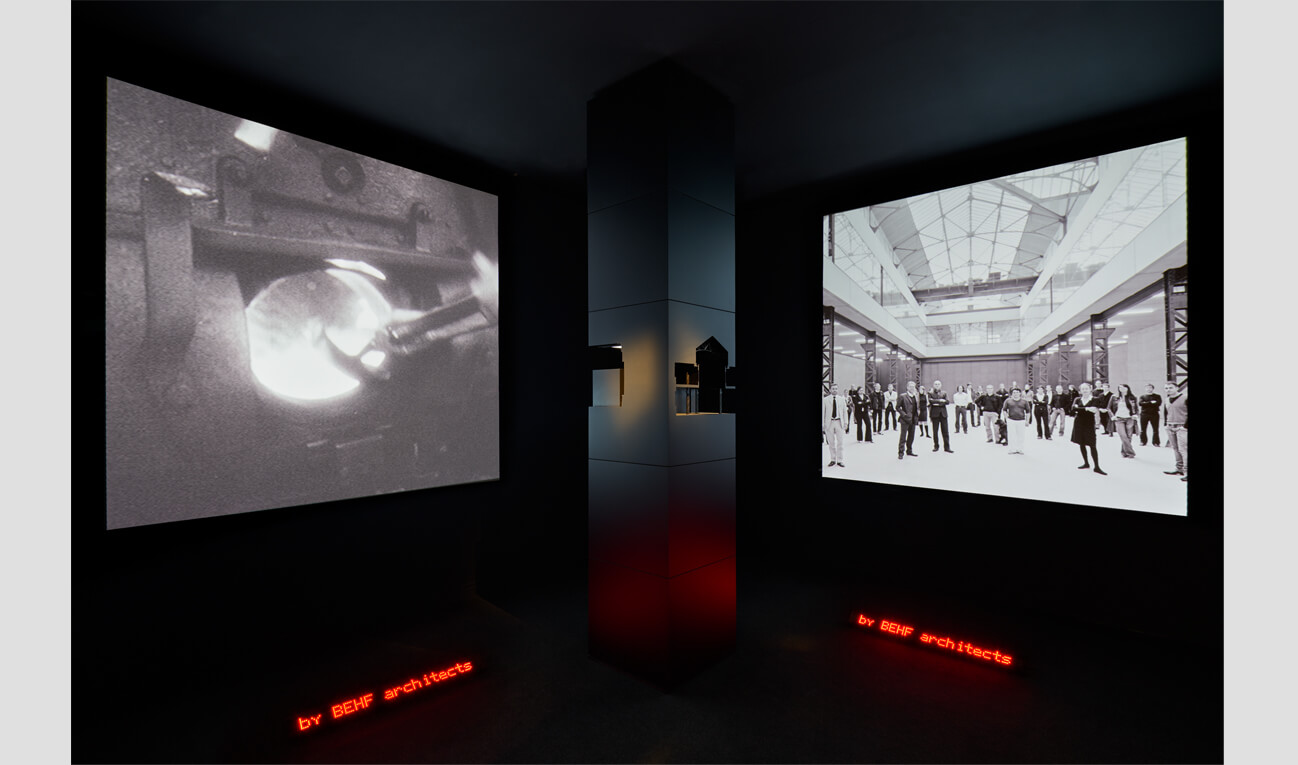 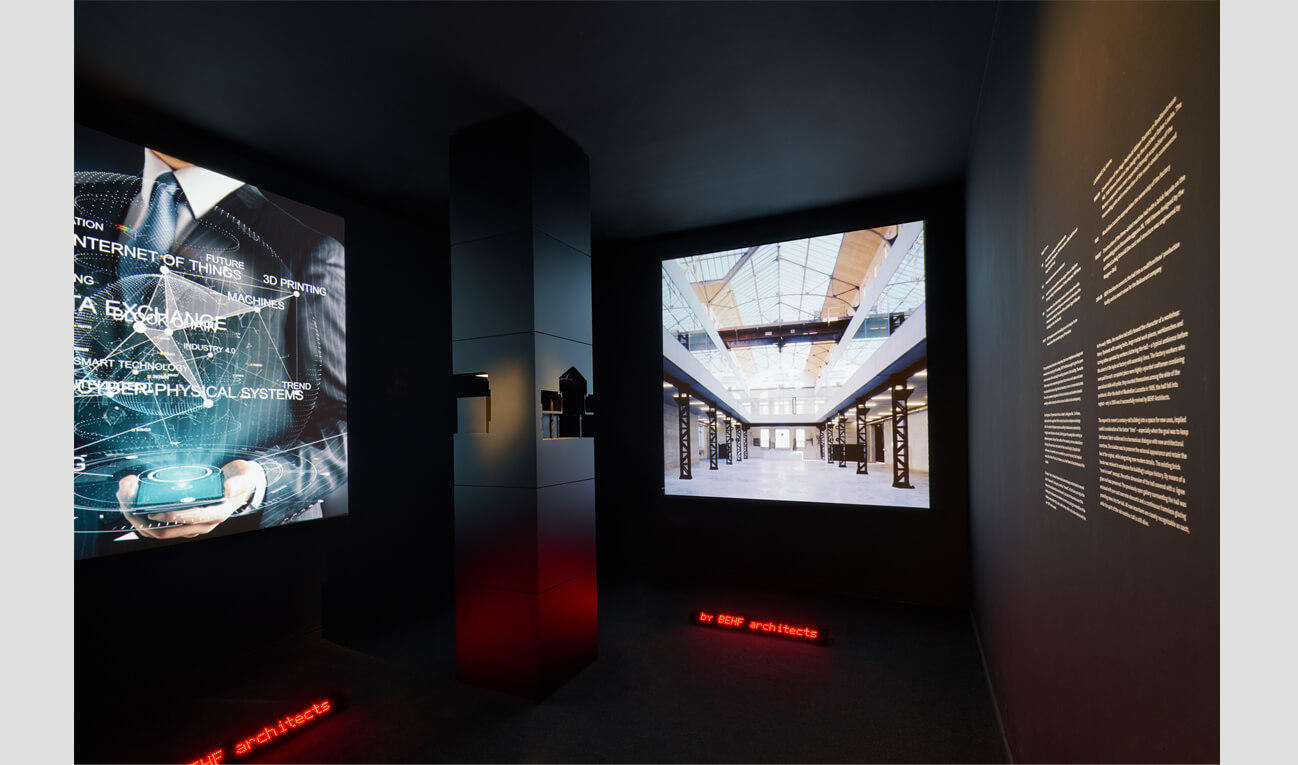 In the early 1900s, the machine hall still showed the character of a workshop: heavy flywheels with running belts, large metal work pieces, workbenches and turning lathes operated by workers cluttering the hall – a typical ambience before the advent of the Taylorist factory with assembly lines. The factory workers who were paid for each completed piece were highly regarded craftsmen combining specialised skills with pride; they counted themselves among the elite of the proletariat. After the death of Maximilian Luzzatto in 1935, the hall fell into neglect – only in 2005 was it successfully revived by BEHF Architects.

The request to convert a century-old building into a space for new uses, implied careful consideration of the factor “time” – especially when the goal was to keep the historic fabric visible and in a harmonious dialogue with new architectural insertions. The solution was to preserve the external appearance and retain the feel of the original, while integrating new modern details. The existing brick facade was retained to emphasise the building’s unique history. By means of a “room in room” concept, the entire dimension of the hall covered with a filigree glass roof was preserved. The previously open gallery surrounding the hall was enclosed with pre-cast concrete elements and a continuous frameless glazing providing views into the hall. All new insertions are clearly recognisable as such, while the spirit of the old machine hall is still alive.

1881: First telephone exchange established in Austria (Friedrichstrasse/Operngasse, 1010 Vienna (since 1899: Café Museum designed by Adolf Loos))
1895: Private telephone network was nationalised
1897: Launch of an invited competition for the design of the new Telephone Exchange building in Dreihufeisengasse 7 (today Lehárgasse), 1060 Vienna. The demolition of the old buildings revealed a three-storey wine cellar.
1899: The construction of a new building was commissioned in the style of the Renaissance according to the plans of the architects Eugen Faßbender (building) and Julius Koch (facade).
2016/17: BEHF Architects converts the building to an office complex for the headquarters of the real estate agency JP Immobilien. 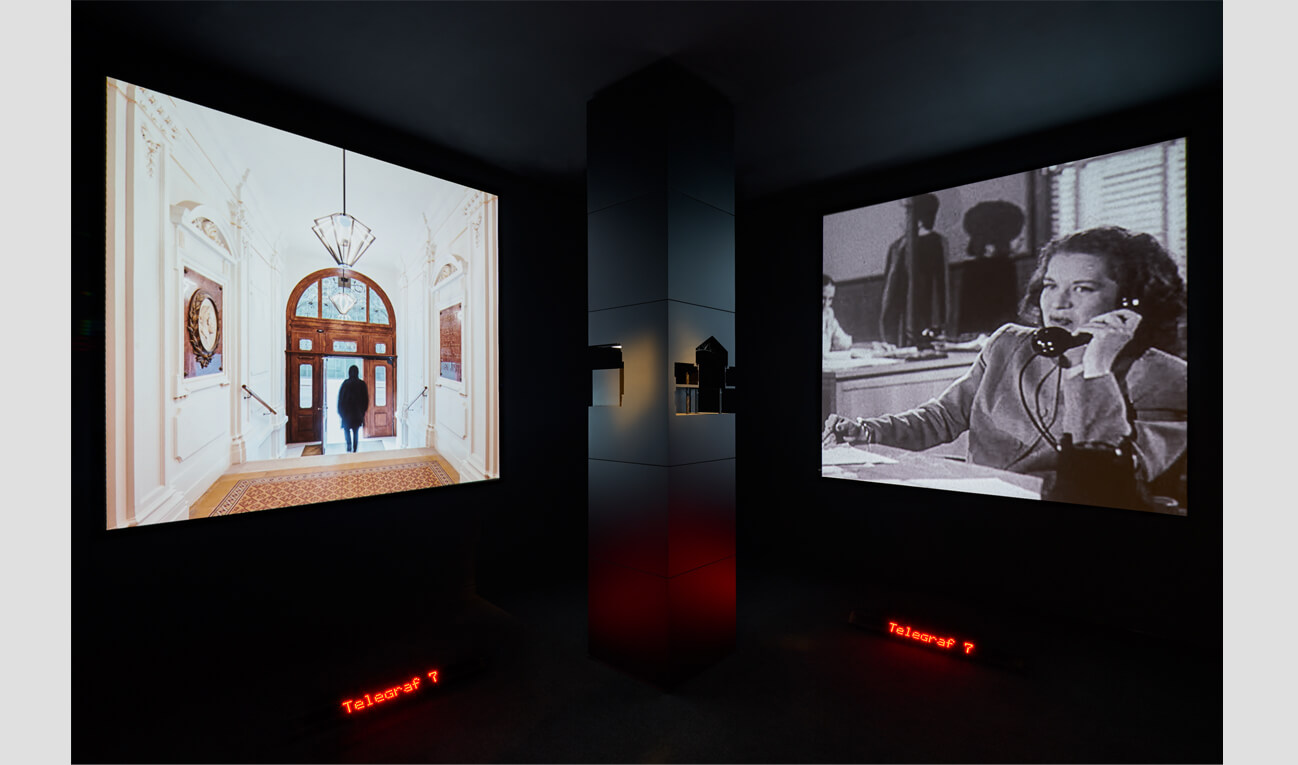 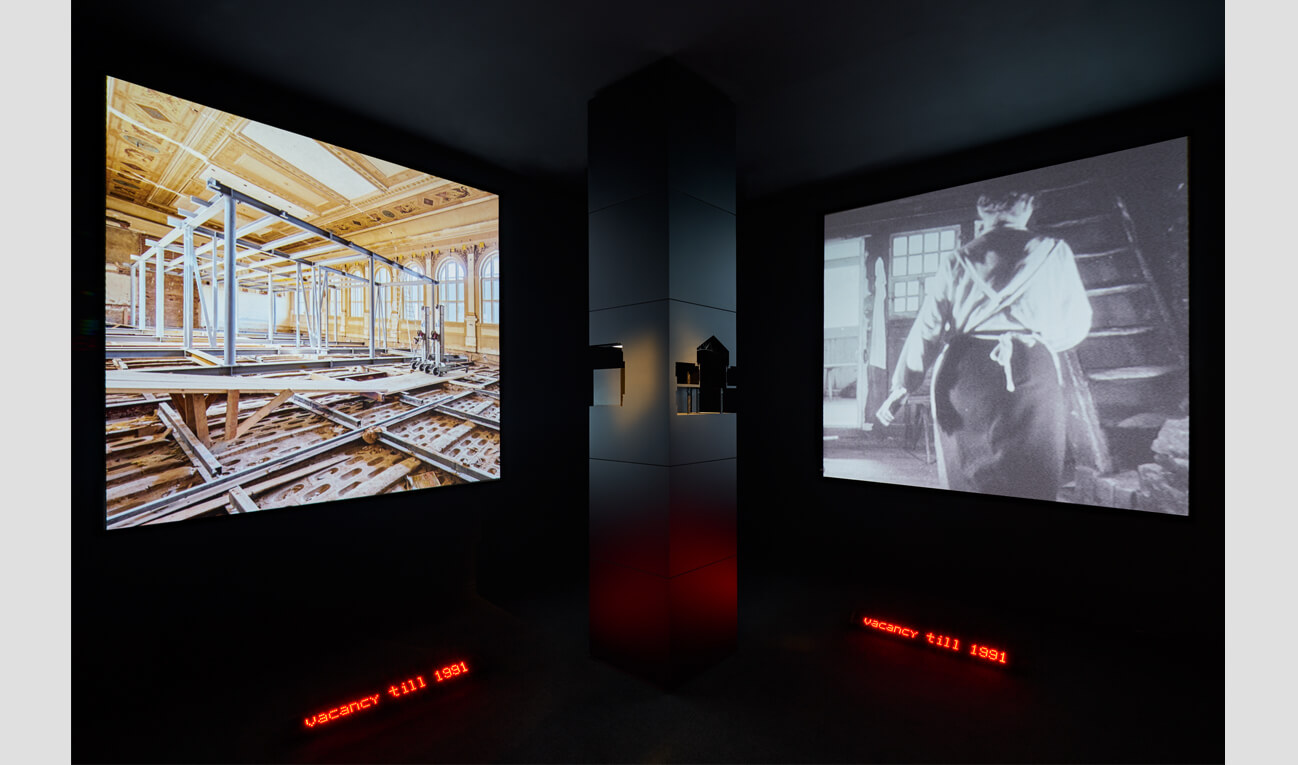 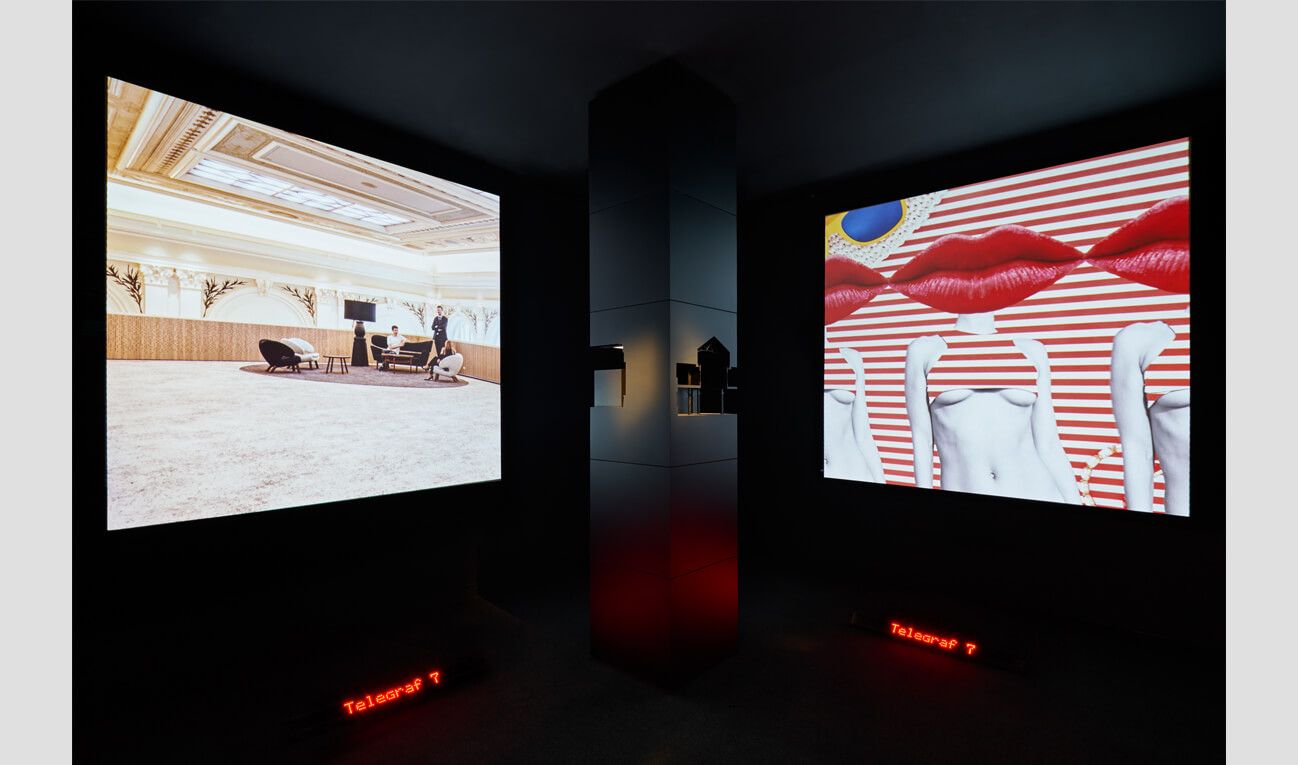 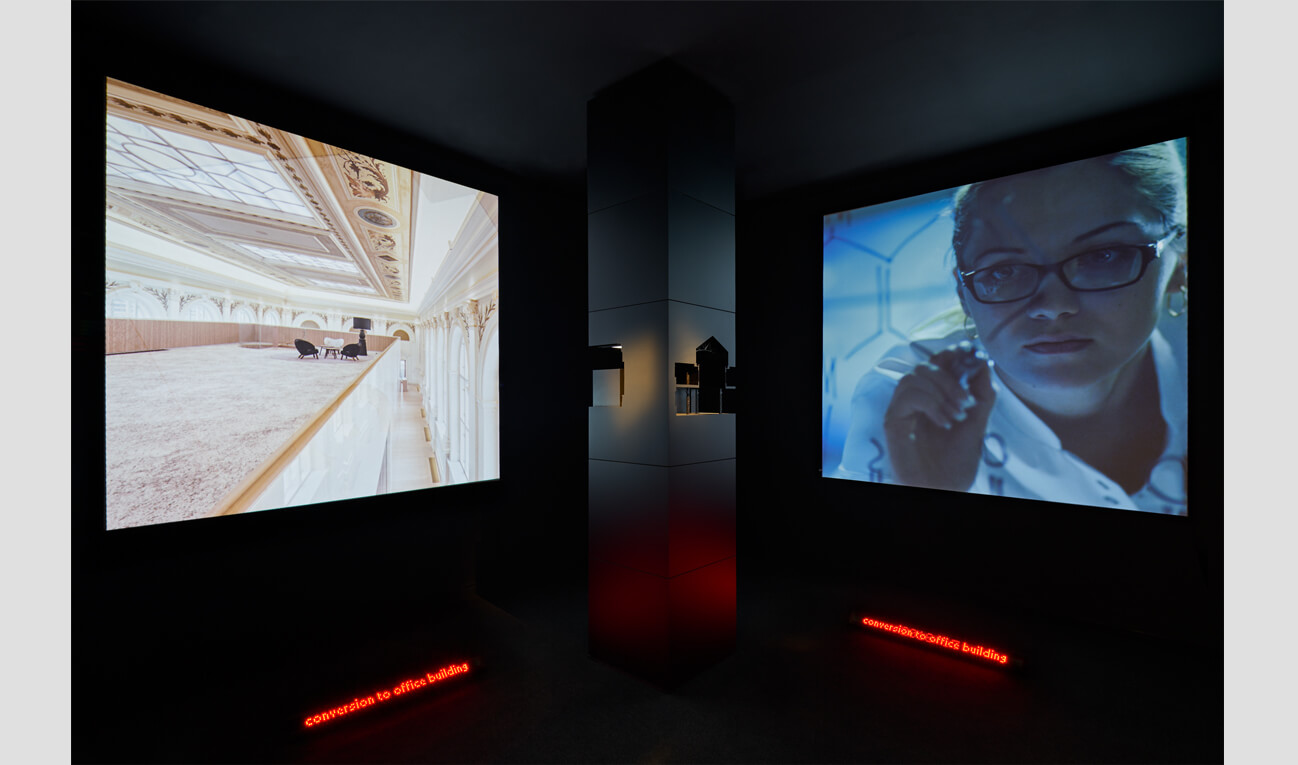 After spending the last decades in a deep sleep, the former telephone exchange was converted into an inspiring office building. BEHF Architects sought to give the space a sleek new look, while maximising the existing character of the building. The centre of the concept are two minimalistic glass boxes that serve as work space and seem to be detached from the existing historical inventory: A room-in-room construction. The result is a seamless integration of historical structures and modern elements evoking an authentic atmosphere that is at once traditional and contemporary.

Travelling about 120 years back in time, in today’s Lehárgasse No. 7, in Vienna, hidden behind the magnificent 19th century facade lies a telephone exchange office. The advent of telephone systems enabling instantaneous connectivity brought a wave of hysteria in the city, affecting also the young ladies working as telephone operators. Many of them suffered from anxiety, nervous exhaustion or fainting. At the same time, they feared for their moral integrity. Despite their ordinariness, the operators were surrounded by an air of mystery that inspired many artists. Marcel Proust, for instance, described them as the priestesses of the Invisible.

The factor “time” in Vienna’s former telephone exchange can be traced on several levels: “backwards”, in the past, as well as “forward”, in the future, not only in the history of the institution that once housed it, but also in the previous use of the building site. As indicated in the timeline, for instance, during the demolition of the building constructed in 1822, older, multi-storey cellars and a door labelled with the year “1692” were revealed.