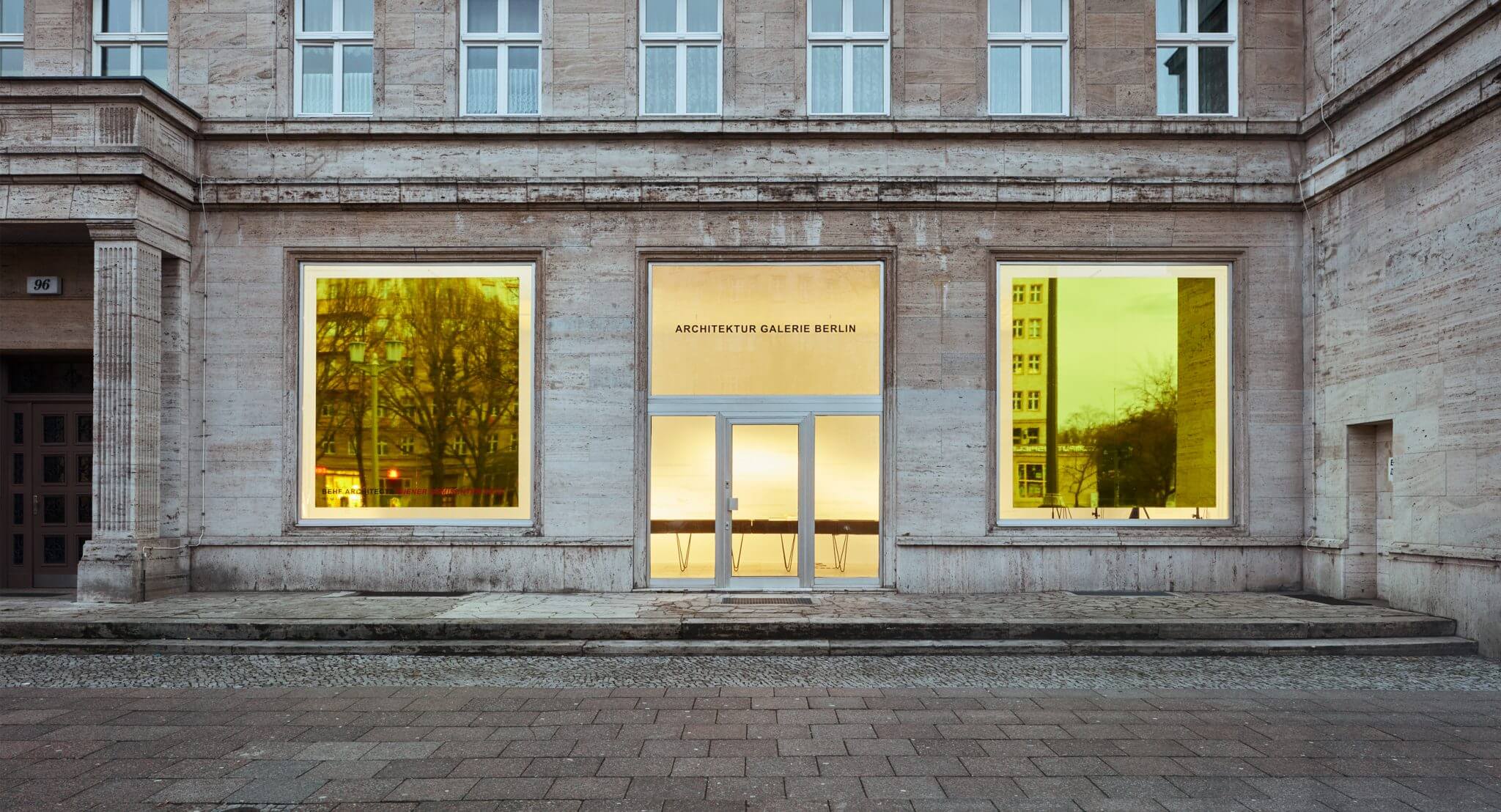 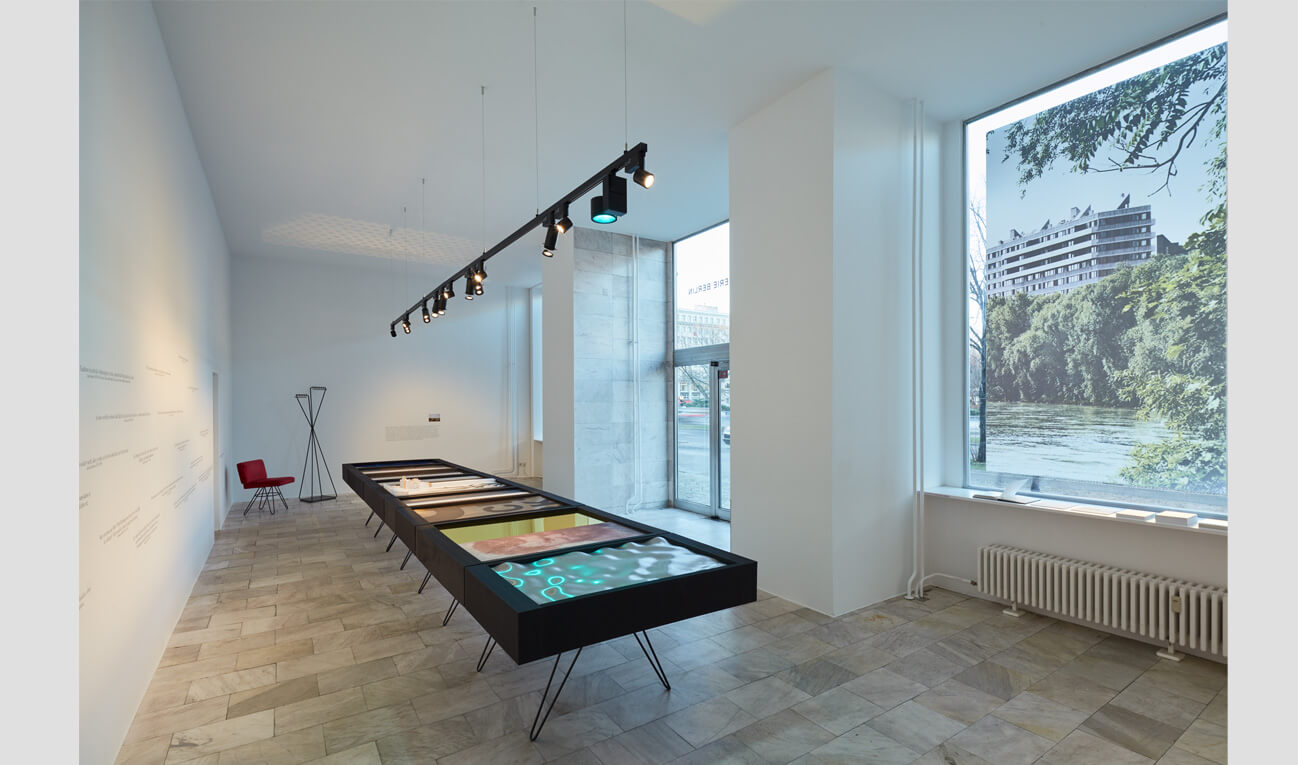 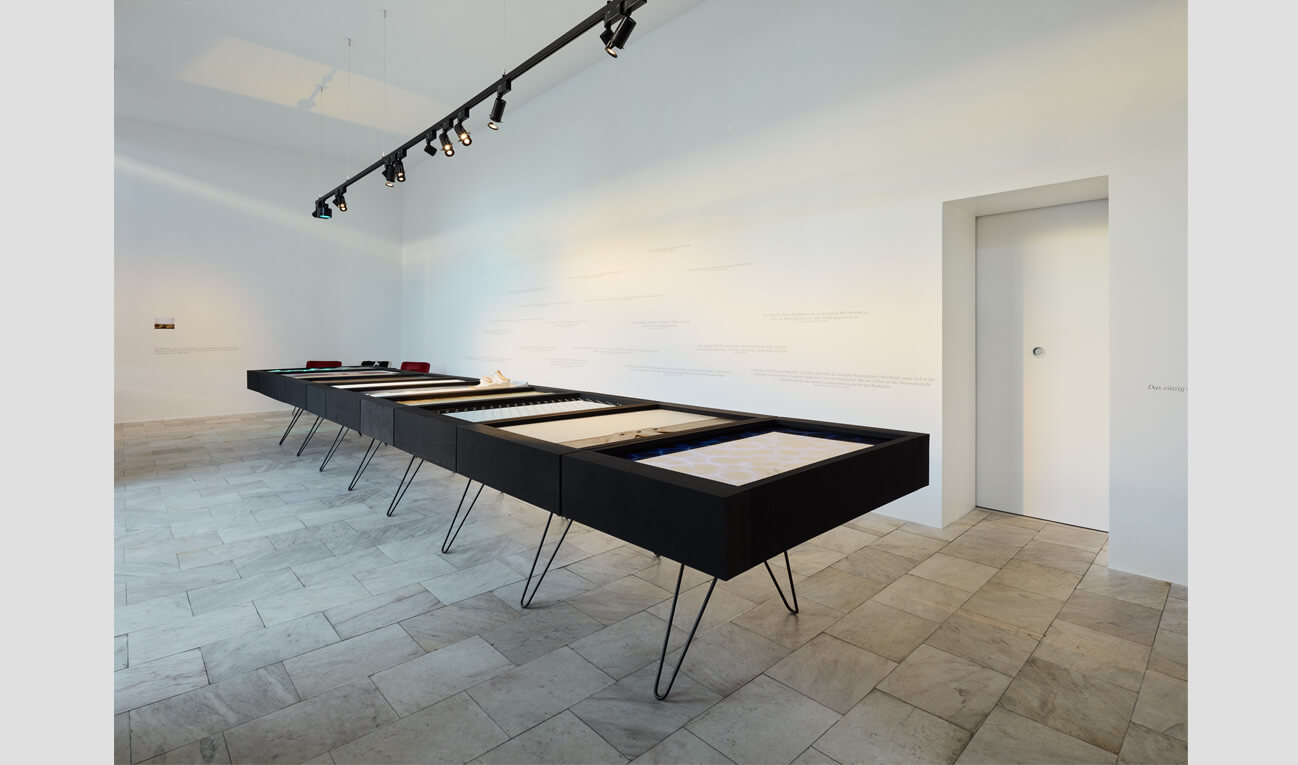 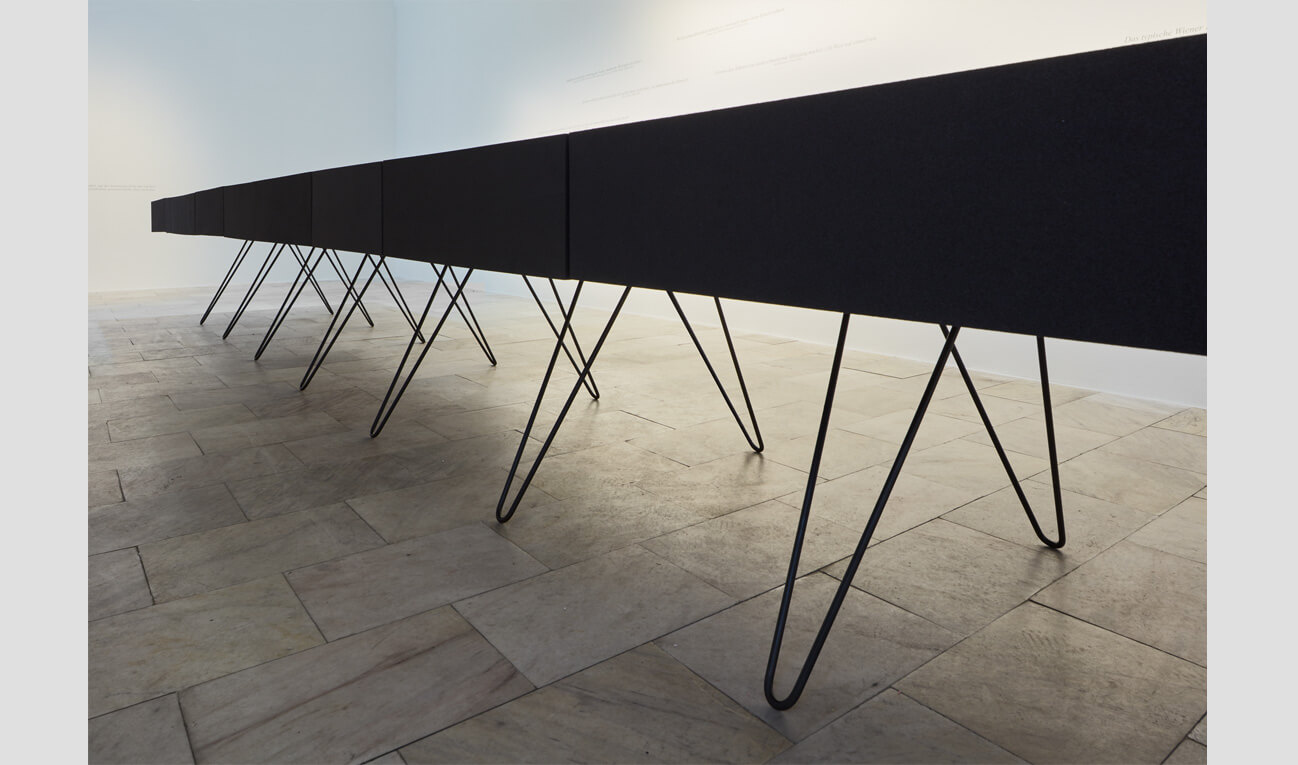 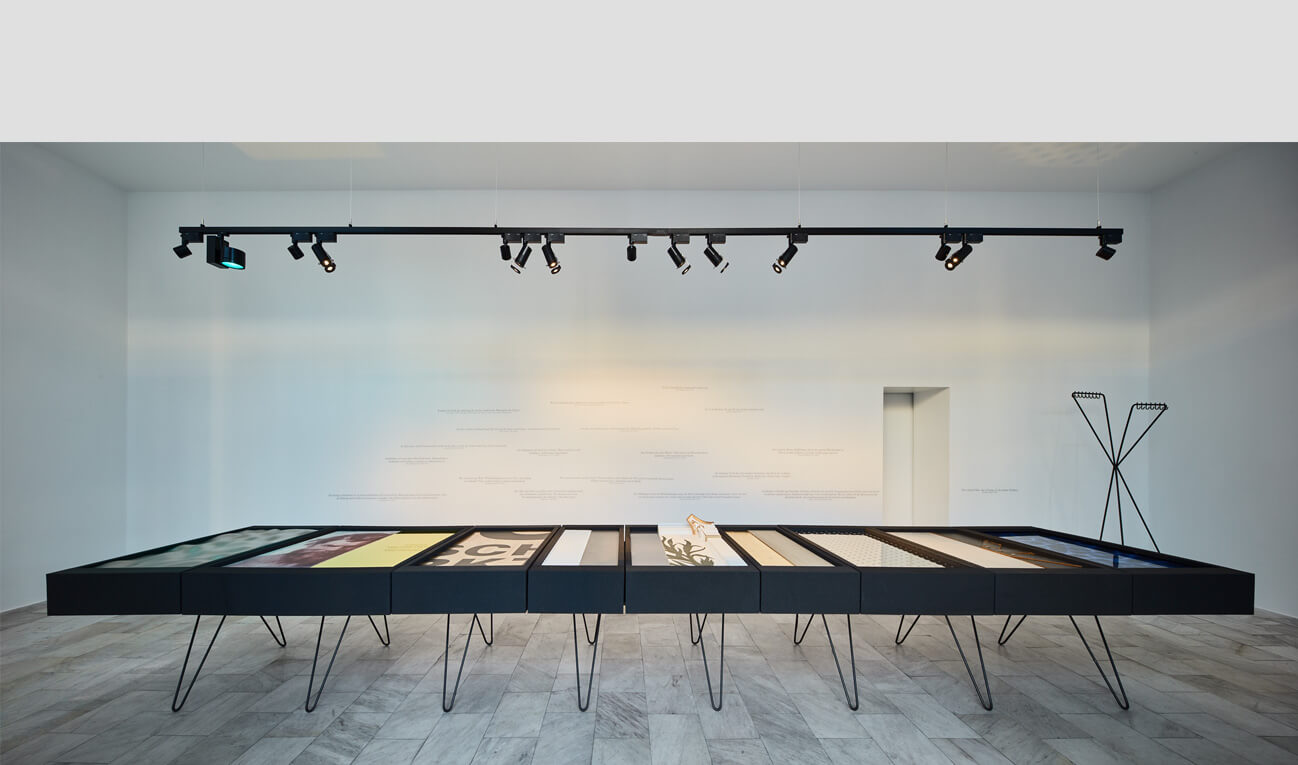 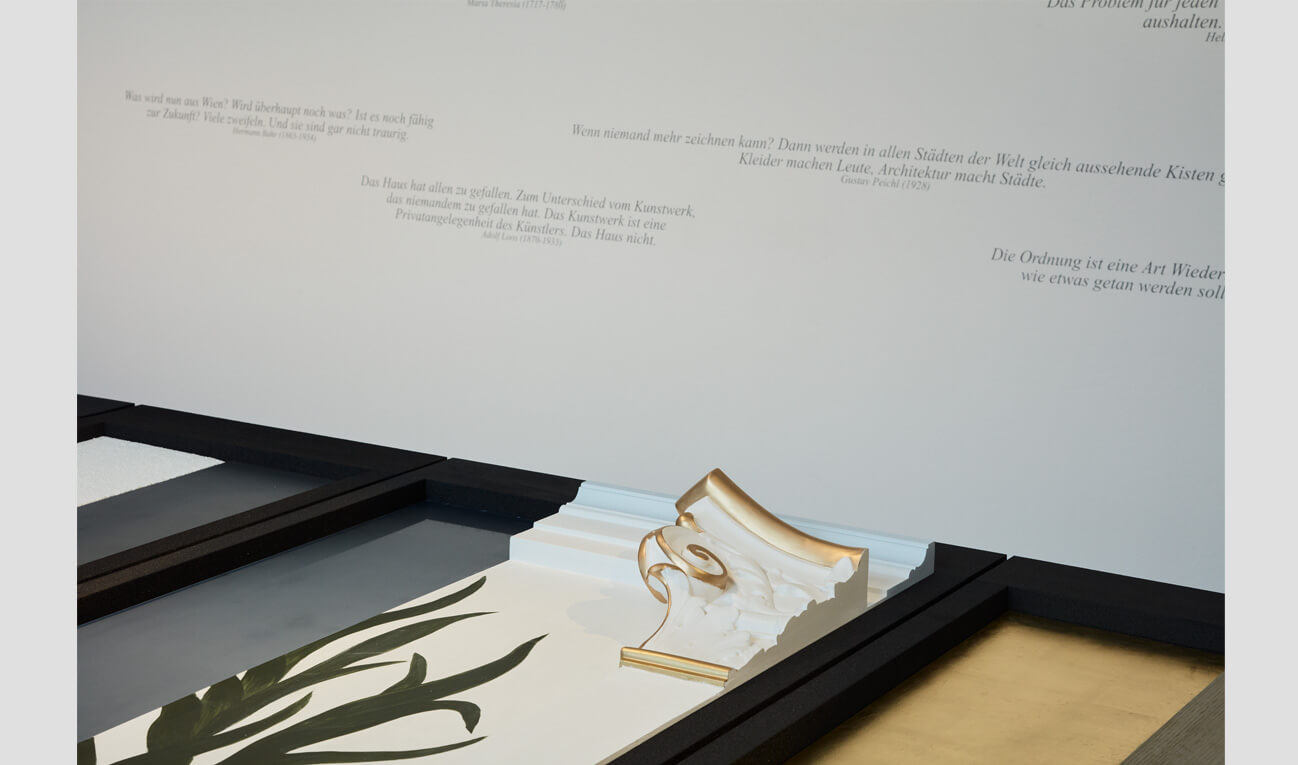 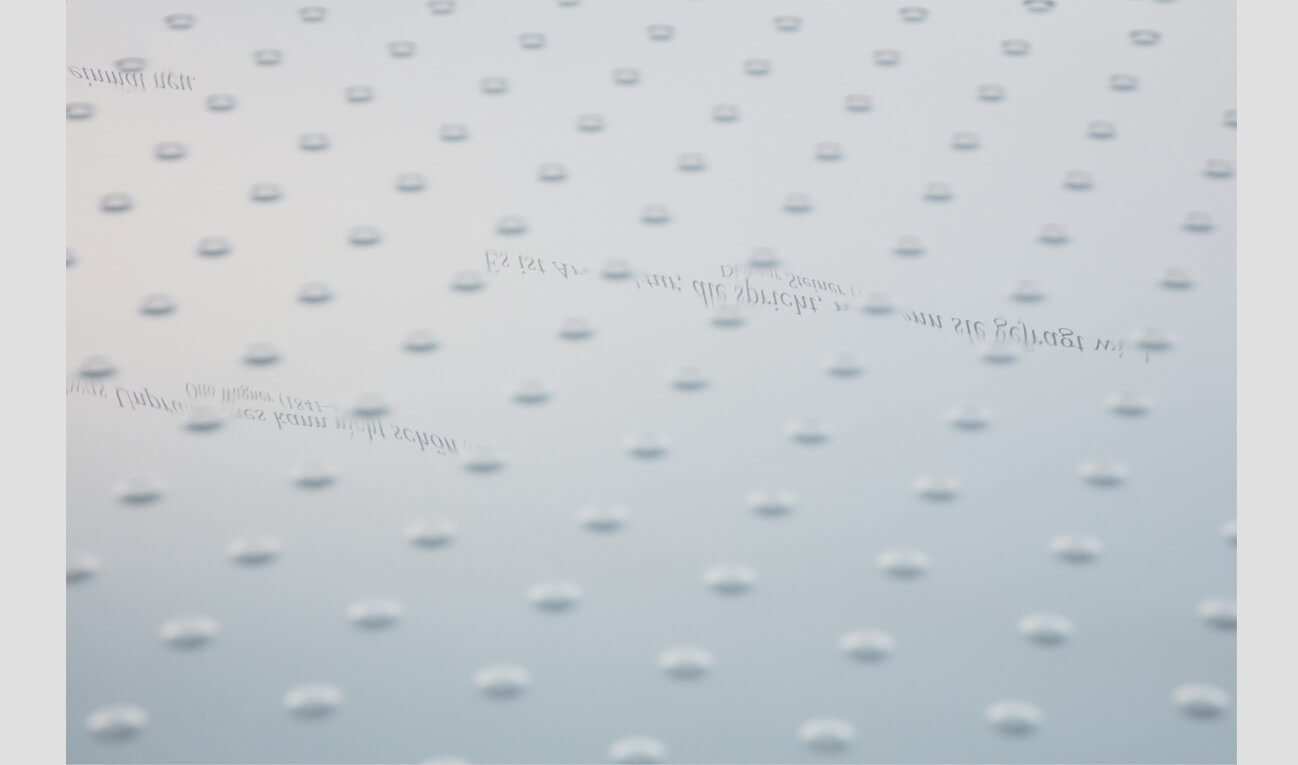 Against this backdrop, the exhibition addresses the question of the contemporary relationship between material and identity on the basis of ten projects by BEHF. Large-scale material samples represent the carefully selected material palette, chosen according to the best Viennese traditions, that gives each of BEHF’s projects its own distinct identity. A film-like collage of drawings and photographs accompanies the composition, alongside quotations from various actors whose work is both closely linked to the city of Vienna and its typical characteristics. 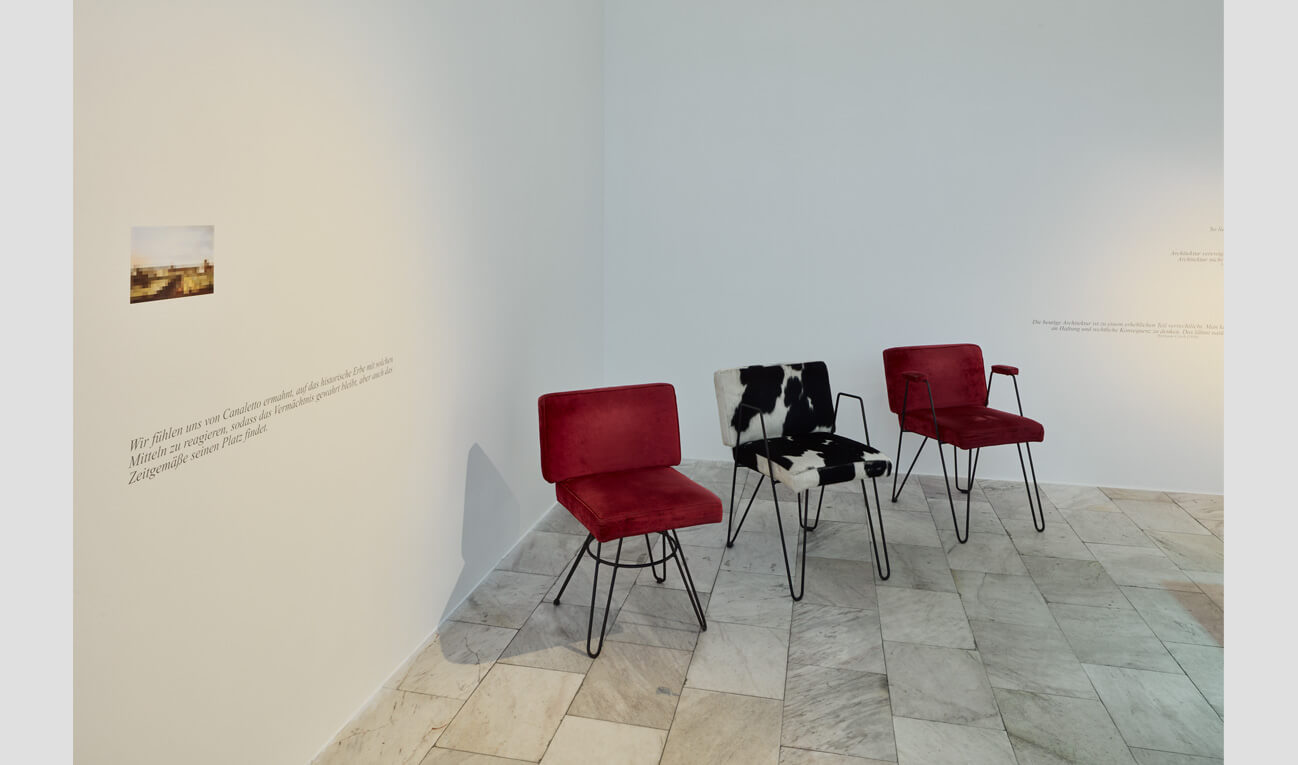 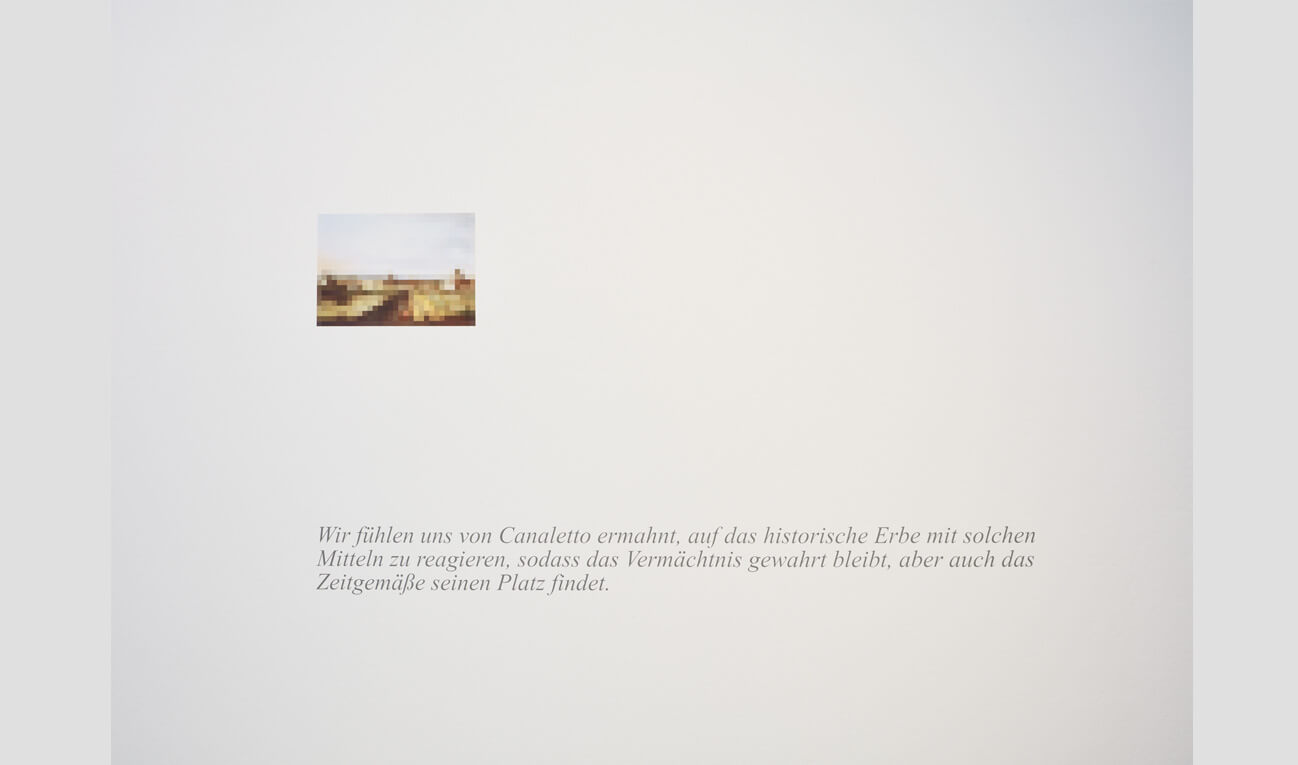