The MuseumsQuartier is situated in central Vienna and presents one of the world’s largest complexes for contemporary art and culture. It was built in the eighteenth century as Vienna’s imperial stables and was designed by the famous Austrian architect Johann Bernhard Fischer von Erlach. The complex expanded through the addition of modern buildings as part of its conversion into the MuseumsQuartier.

Four architectural practices were commissioned to design the different spaces in the Fischer von Erlach Wing of the MuseumsQuariter, which now houses Quartier 21. This creative area of about 7,000 square metres provides workspace for around 50 initiatives, organisations, agencies and editorial offices working in the cultural sector.

In addition to realising its own projects in the Quartier 21, designed by awg_AllesWirdGut, PPAG and querkraft, BEHF Architects was asked to carry out the site supervision for the renovation and adaptation of the Fischer von Erlach Wing. BEHF team was responsible for project management, planning and construction site coordination. Additionally, BEHF was the main coordinator in the development of the use concept for the Quartier 21. The goal was to link together a number of autonomous organisations which were to form the Quartier 21, taking into consideration their different functional characteristics.

The diverse spectrum of the insertions in the Quartier 21 includes BEHF designed artists’ apartments and the former Erste Bank Arena.

Groovy event spaces in a listed building in Vienna’s MuseumsQuartier 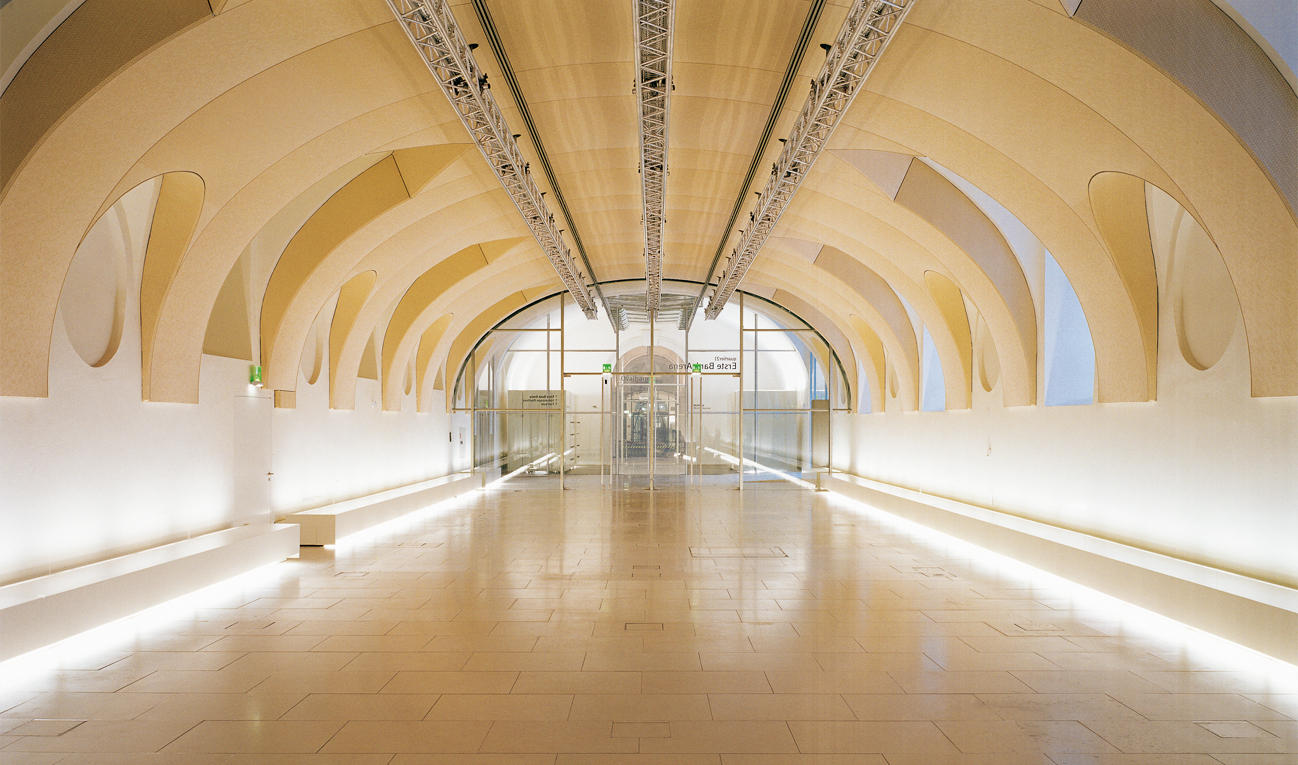 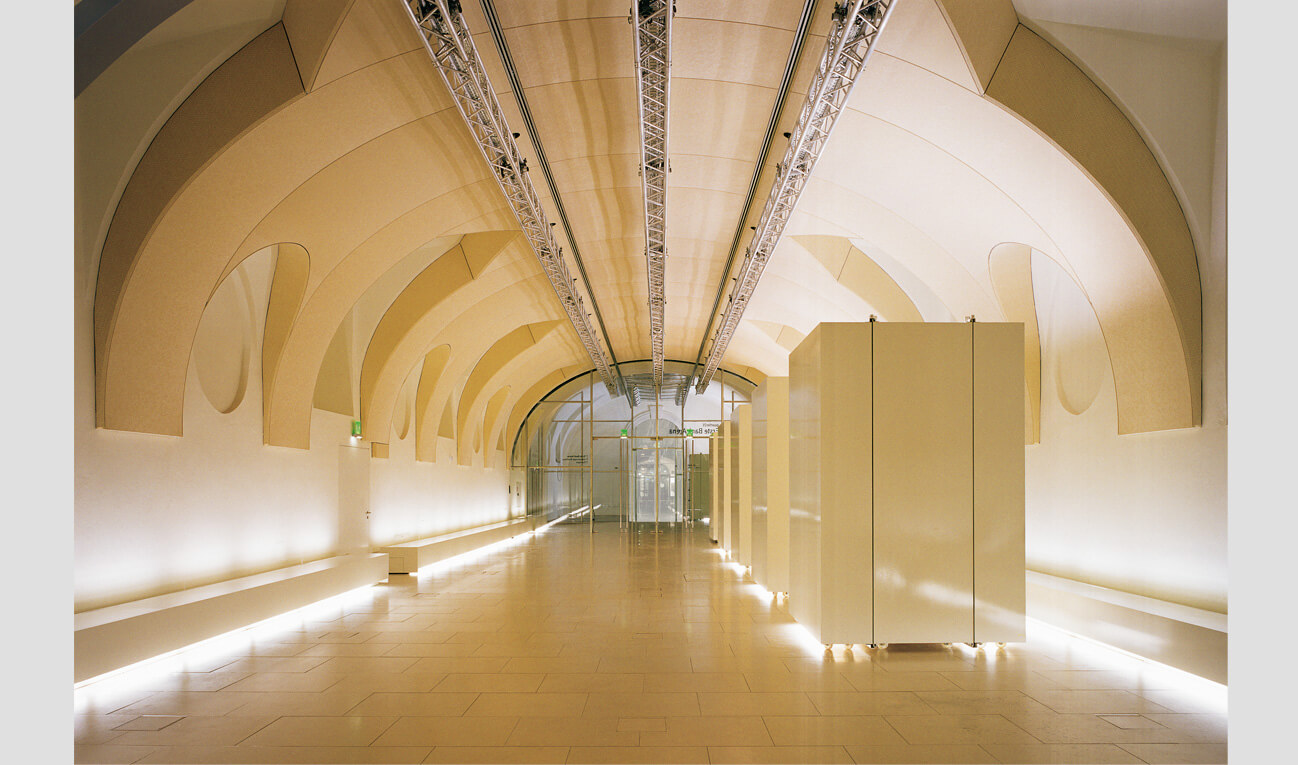 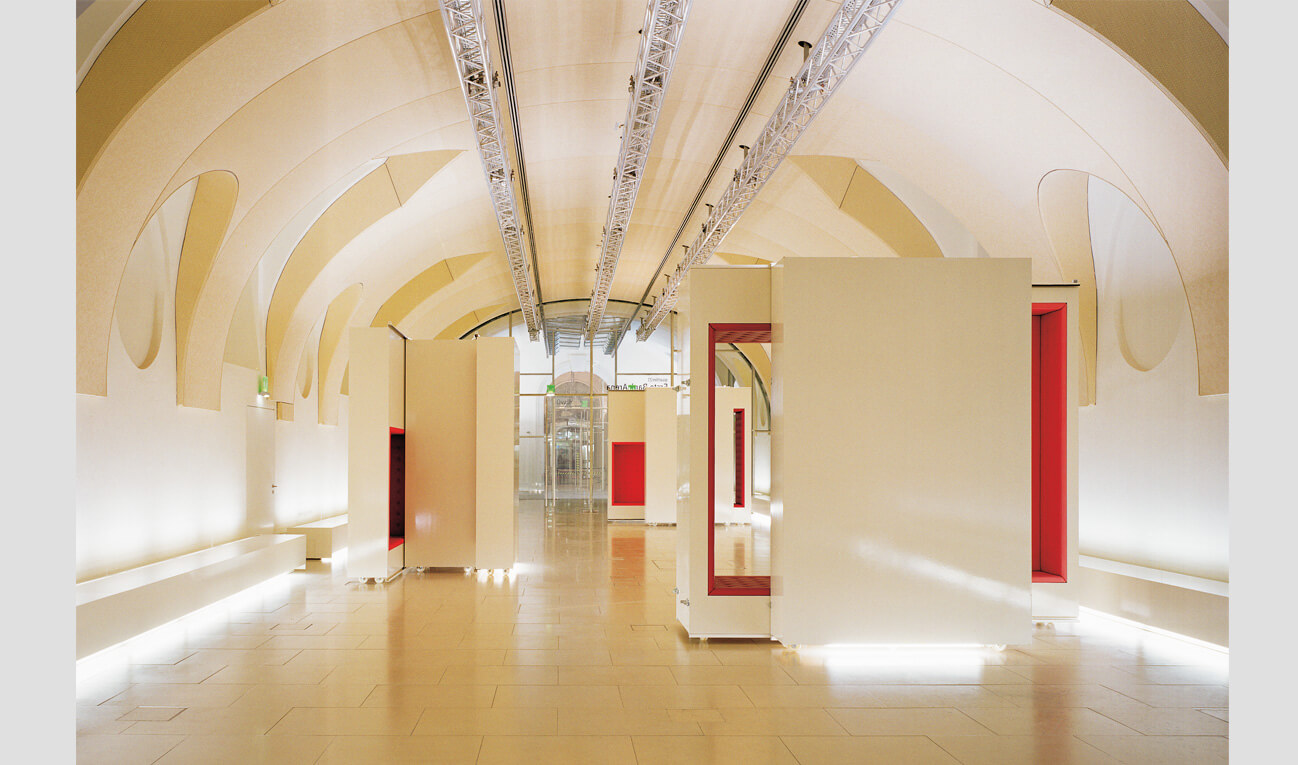 The design of the Arena optimises the space as an event venue for various different, as yet unforeseeable, uses. In order to implement the objectives of the interior spatial acoustics, the walls and ceiling of the historic vault are fitted with a randomly perforated synthetic skin. The soft, beige sound-absorbent skin conceals an air-conditioning system whose tubular components balance the absorption with a resonating effect. Light sandstone walkways and floors of the Arena give the space an air of accessibility.

Side benches and portable cubicles invite visitors to meet and mingle. These striking cubicles form partitions, while also serving as storage space, cloakrooms and the like. As suppliers of portable lighting they create a lively ambience and unique expressions of the Arena. 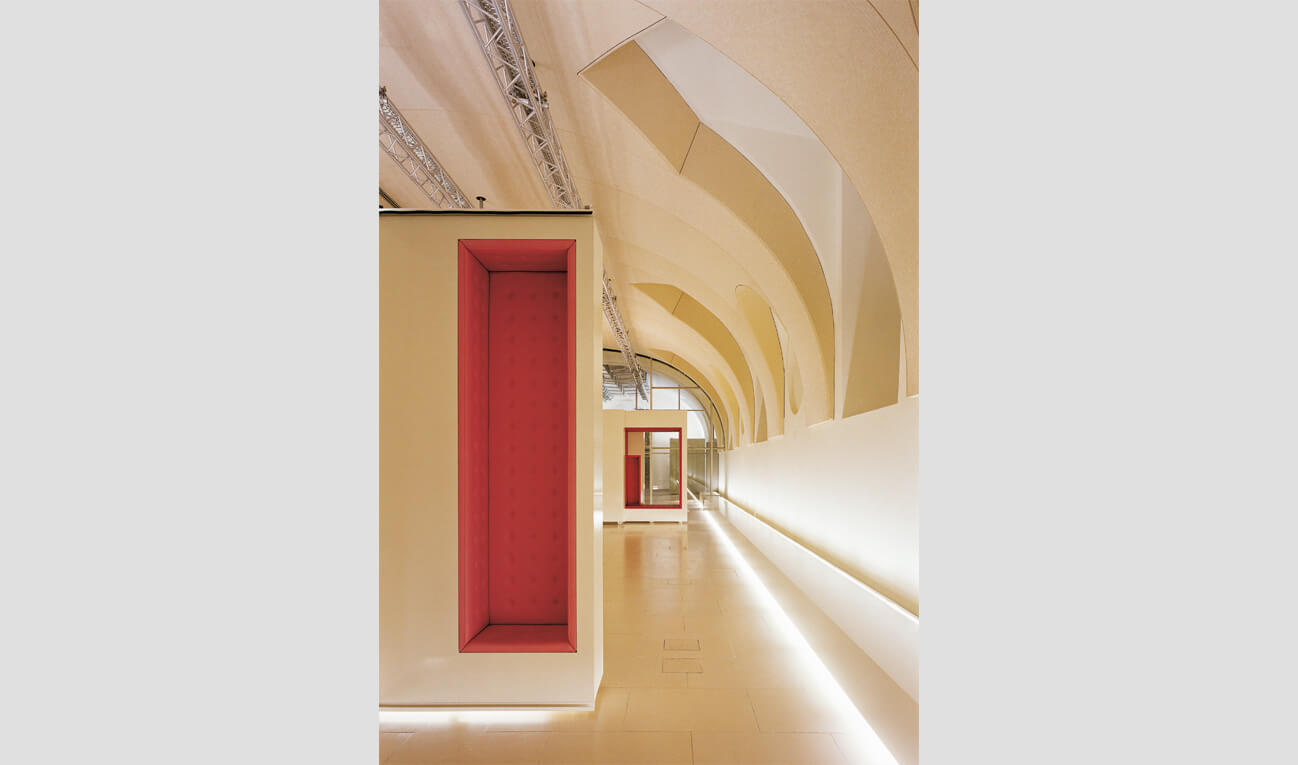 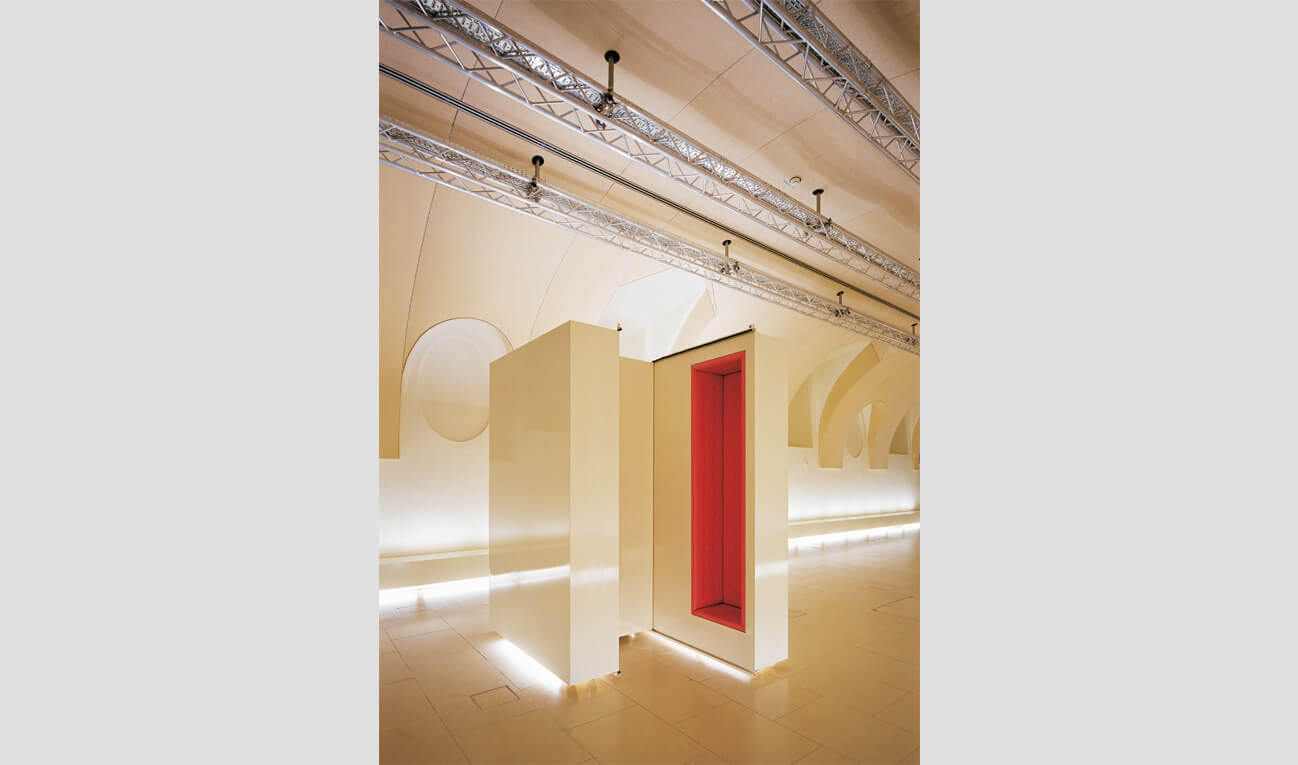 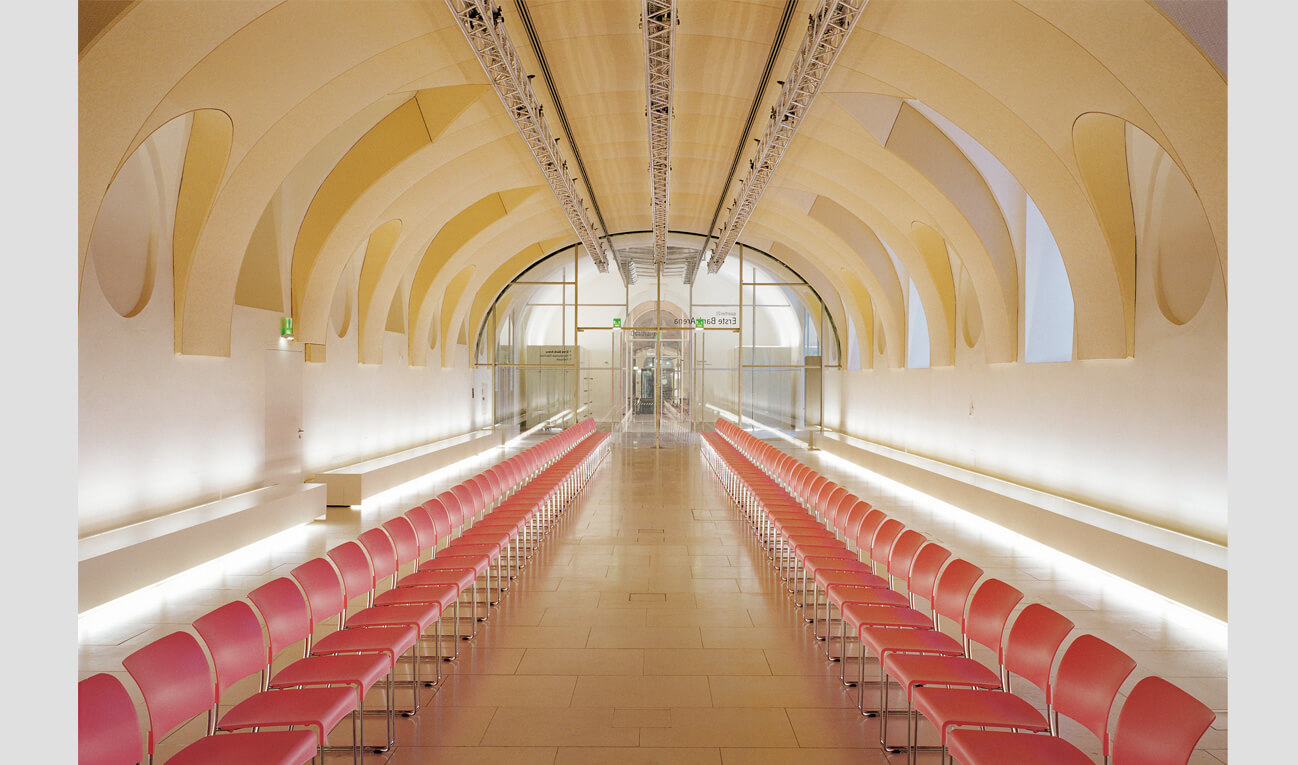 Since the beginning of 2003, international artists who do not normally reside in Austria have the opportunity to live and work inside the Vienna’s MuseumsQuartier as Artists-in-Residence. Located within an old apartment building, newly created live-in studio complex comprises two independent live-work studio units with semi-private community area. 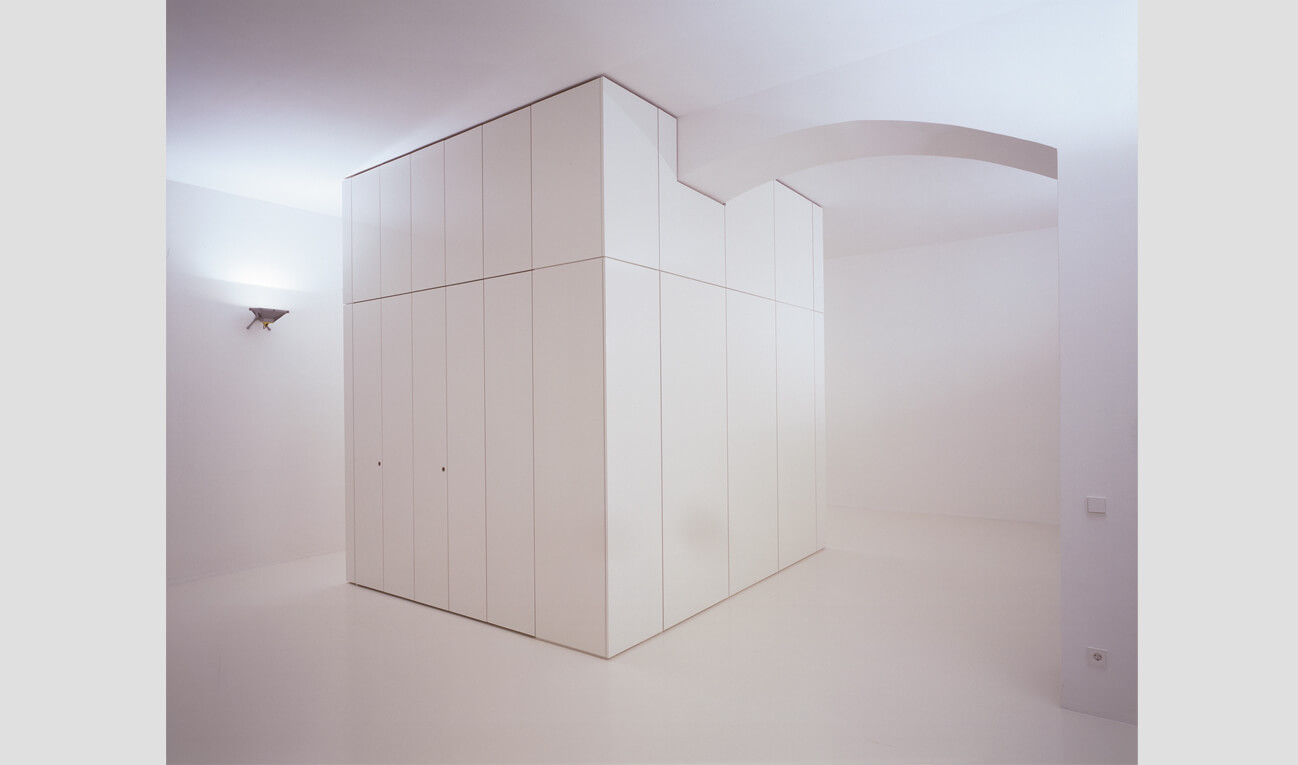 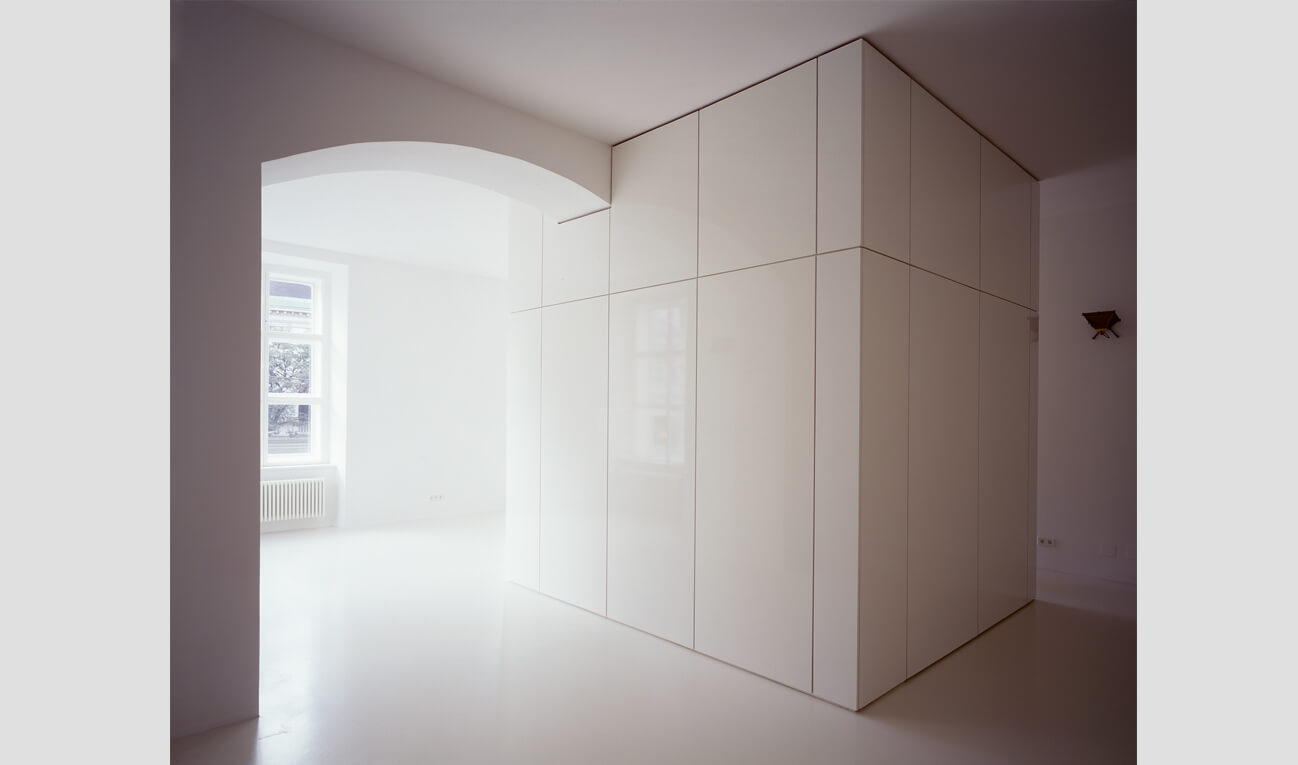 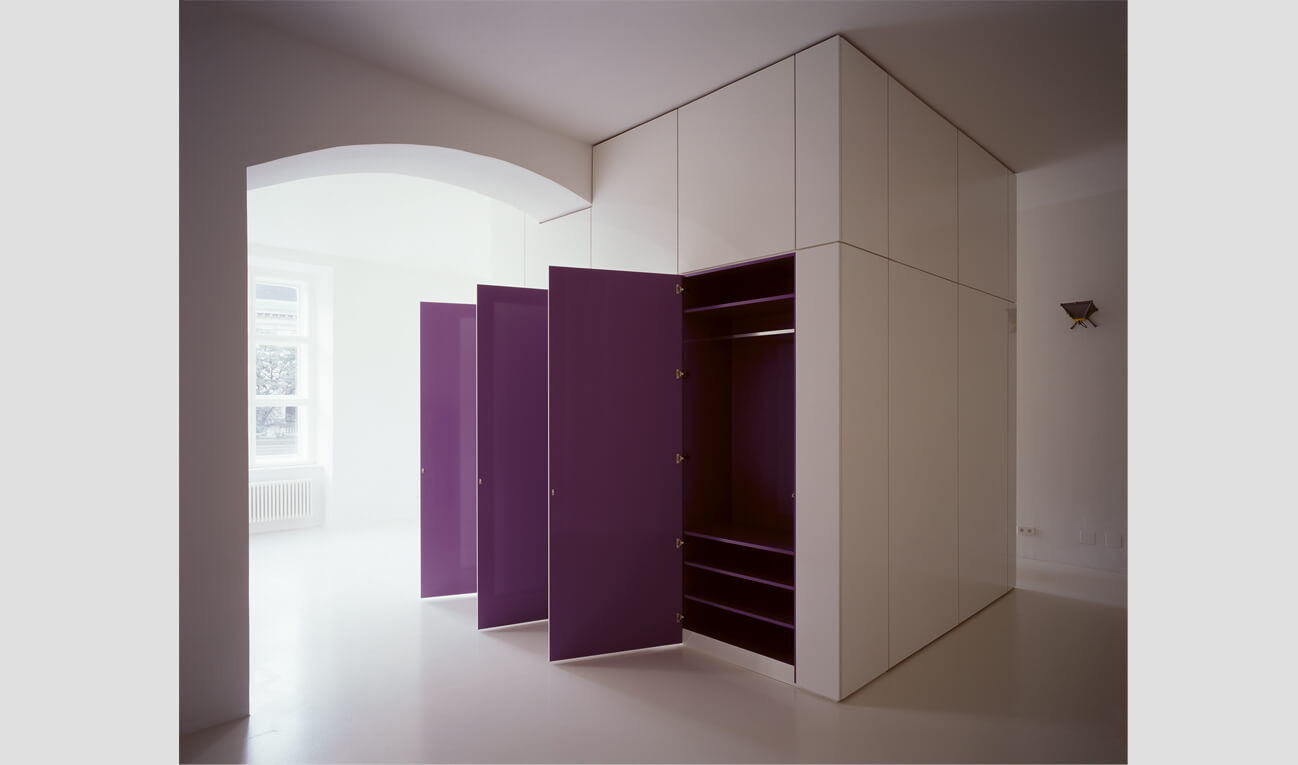 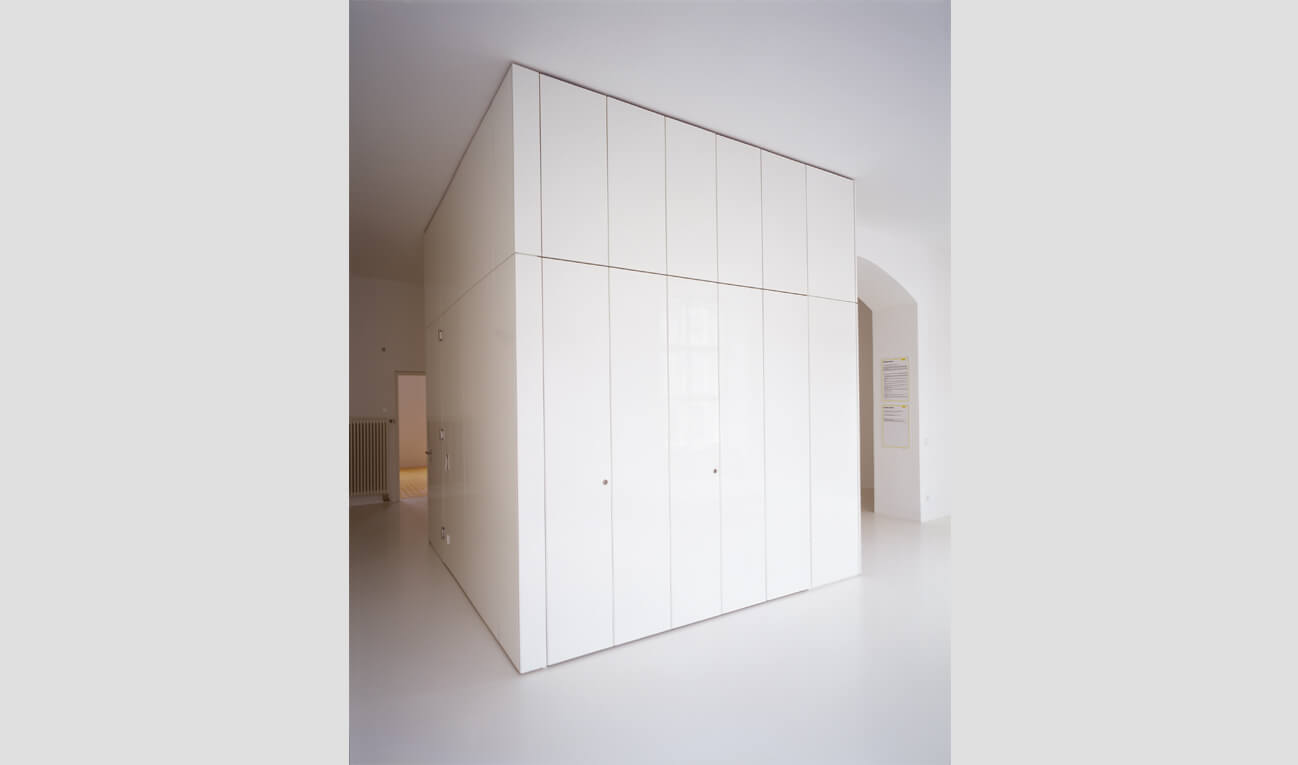 BEHF’s design strategy has been to optimise the space through the removal of all interior partitioning walls and develop a purist, clear design. The result are two inviting artist live-work studios containing storage spaces, sanitary and cooking areas available to the international guest artists.

Neutrality in function, colour and material, purity and brightness, as a desired ambience embrace rather than dominate the space. The built-in adjoining spaces contradict with their richness in color and play a major role in establishing the character of the studios. 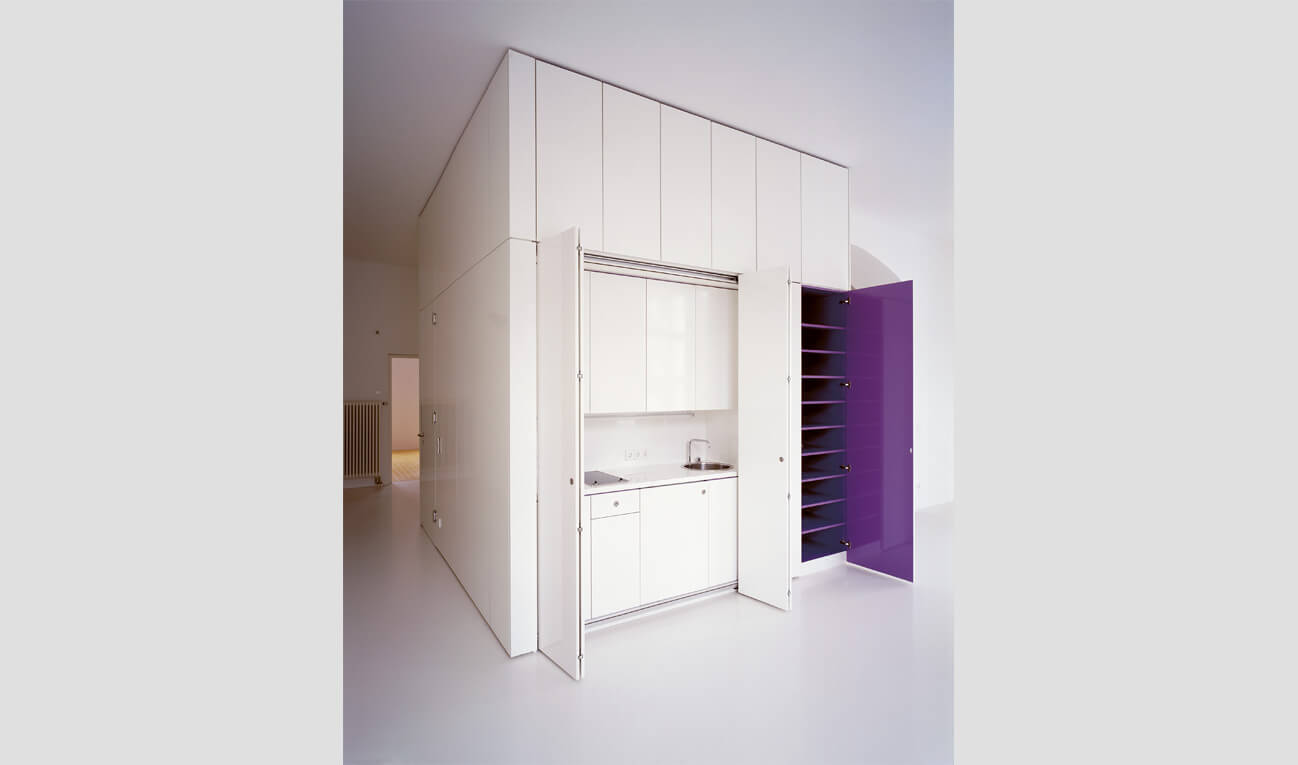 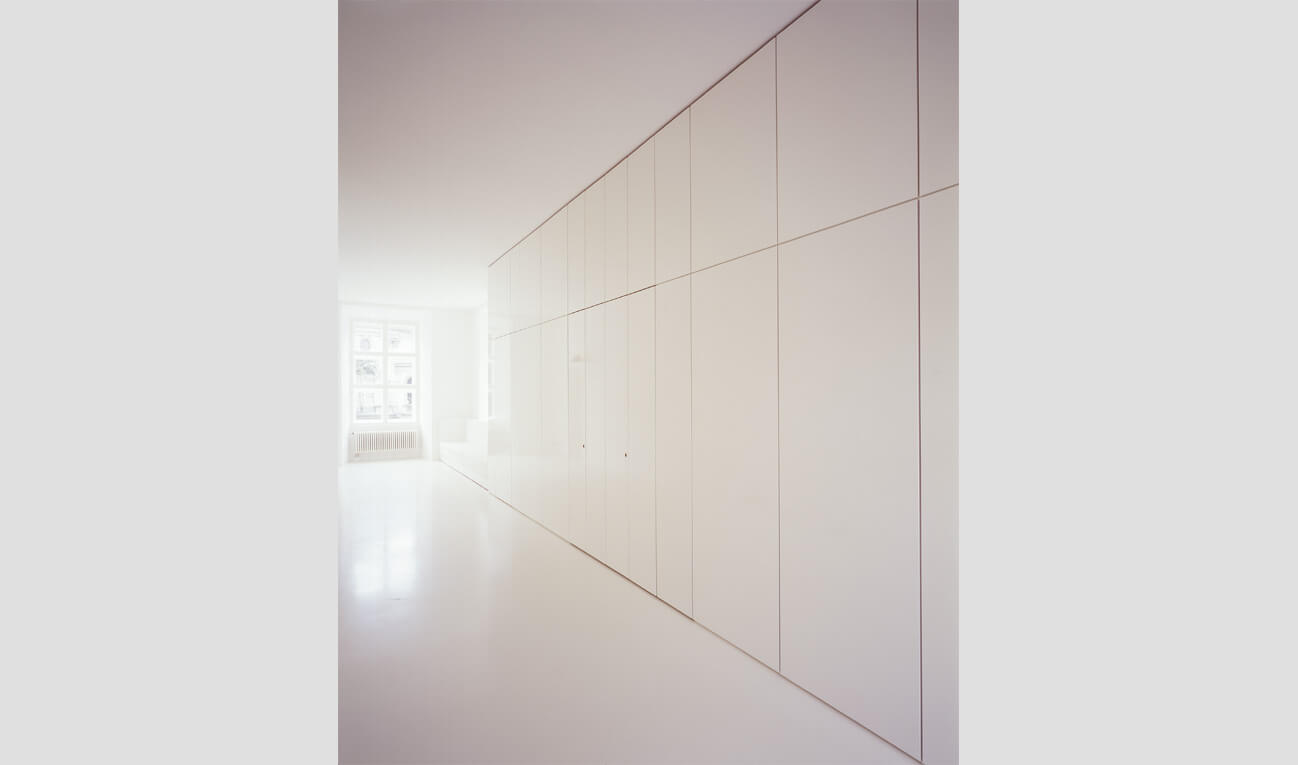 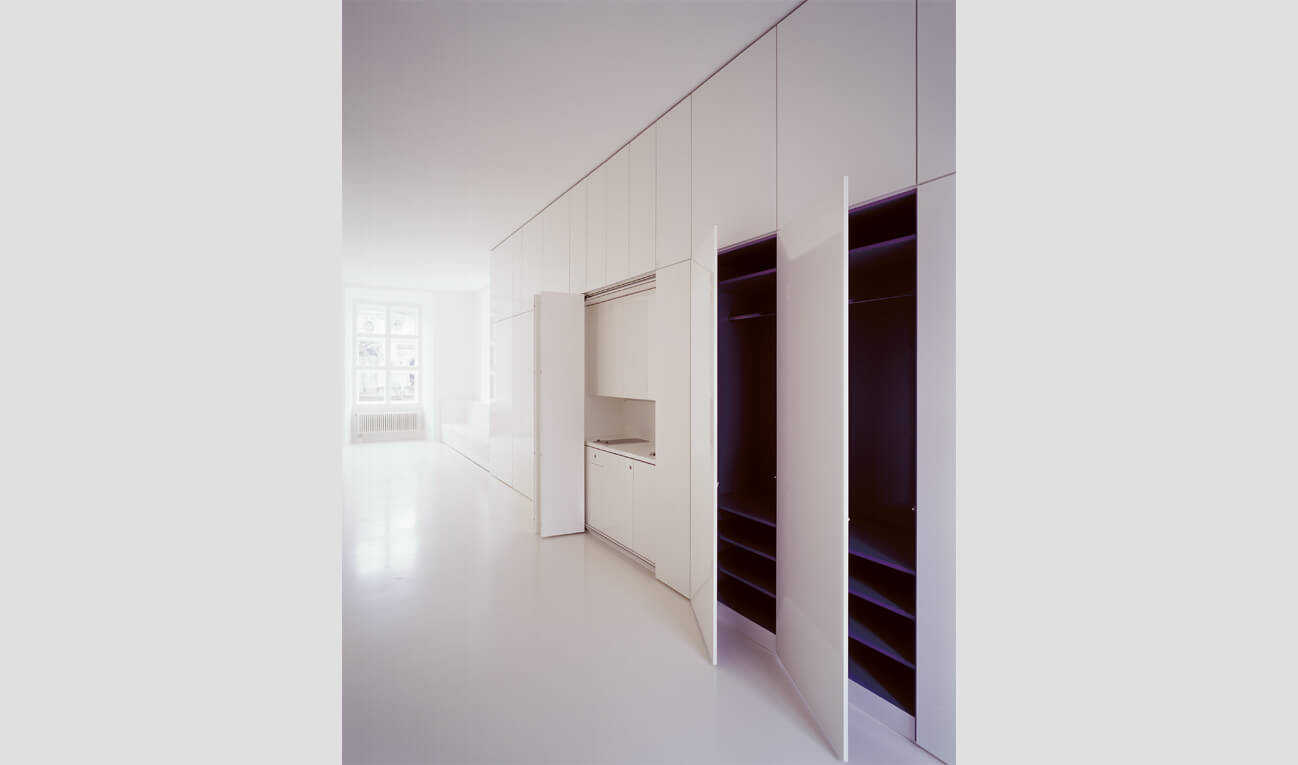 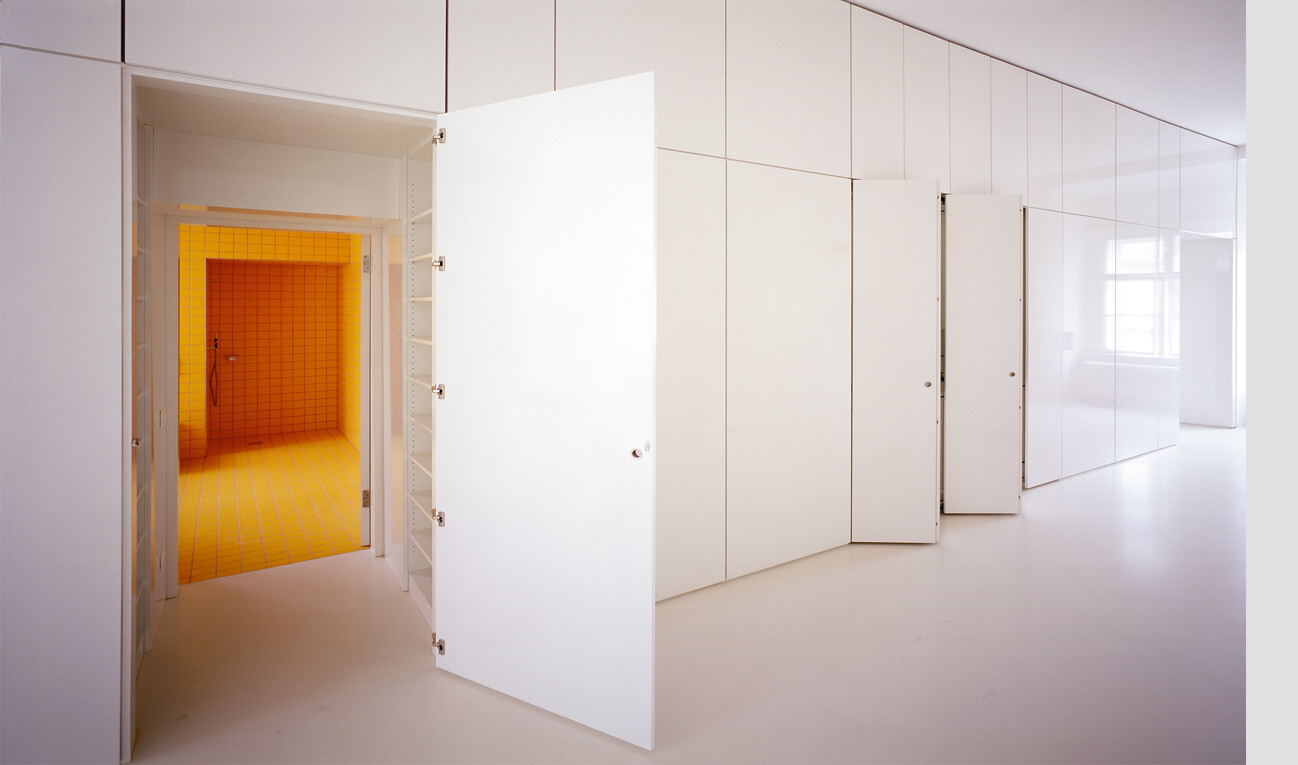