The rifle manufacturer Wertgarner 1820, based in Enns in Upper Austria, is a family business with about 200 years long history, which lays great emphasis on tradition. BEHF Architects has been engaged to develop a concept for the firm’s new shop on Schottenfeldgasse in Vienna. The guiding idea behind the design has been to deliver a modern look for the space, while simultaneously reflecting a traditional background.

In the exterior, the two colors of the existing renders of the 19th century street facade have been preserved in a smoothened out form. The two window openings have been extended down to the level of the shop entrance. The position of the openings has remained the same. The lower areas of the windows are printed with yellow and red dots which increase in density downwards. An advertising sign projecting into the street has been placed to show the company logo, as well as three small display cases that carry the objects and add a simple touch of elegance.

The existing fabric in the interior has remained visible as well. The elements such as a load-bearing pier or a sanitary cell made out of an earlier light-well have been strengthened and used as a starting point for the zoning of the space. The whole area of the shop is divided into three spaces, coloured in red-yellow, grey and green. These spaces are thematically clearly organised and appear as separate spaces, yet they remain cohesive as a whole.

The red-yellow space is the closest to the street and contains bows, knives and fireworks. From here, the visitors are taken into the grey-coloured space where weatherproof clothing is sold. For instance, the famous Hunter Boots Wellingtons are available in a variety of sizes and colours. Spacious cabinets cover the walls up to the vaulted ceiling and have various purposes: in one area they are used as storage space, in another as shelving or presentation spaces. Many objects exhibited in display cases come from the family collection. 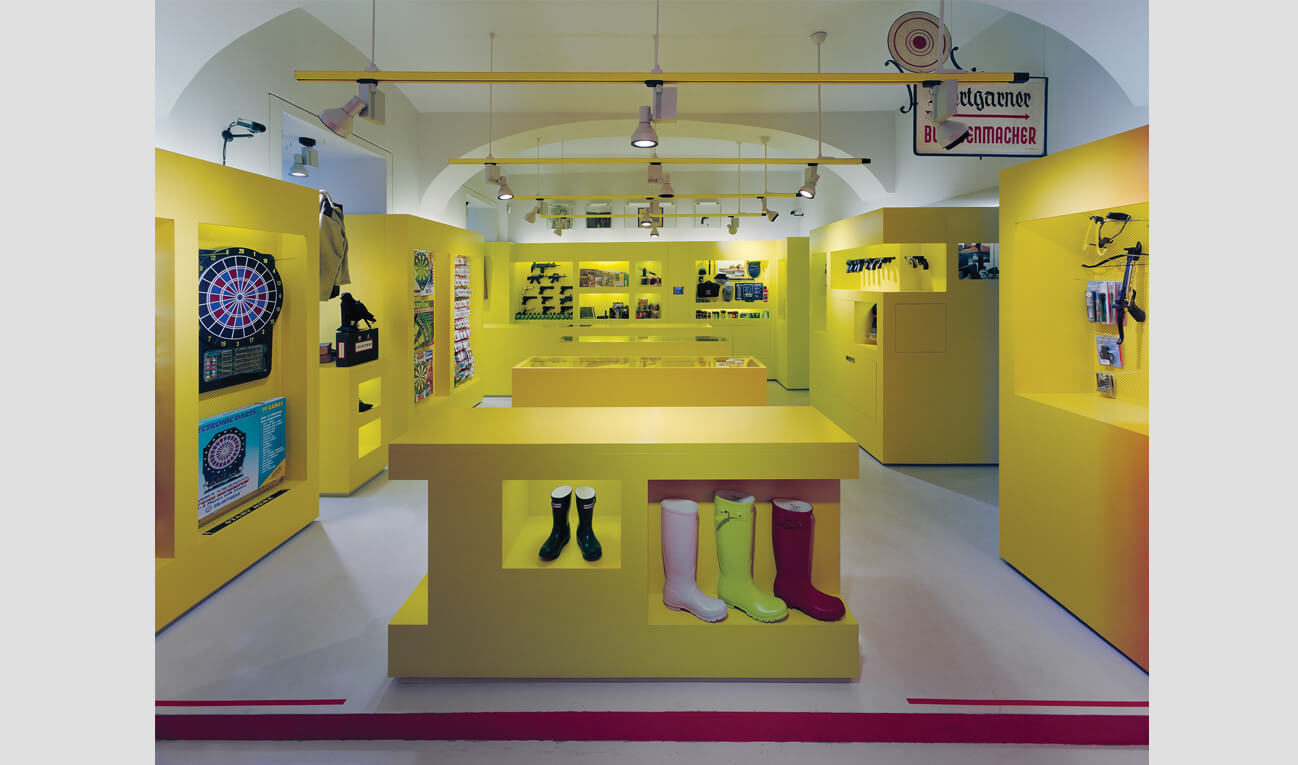 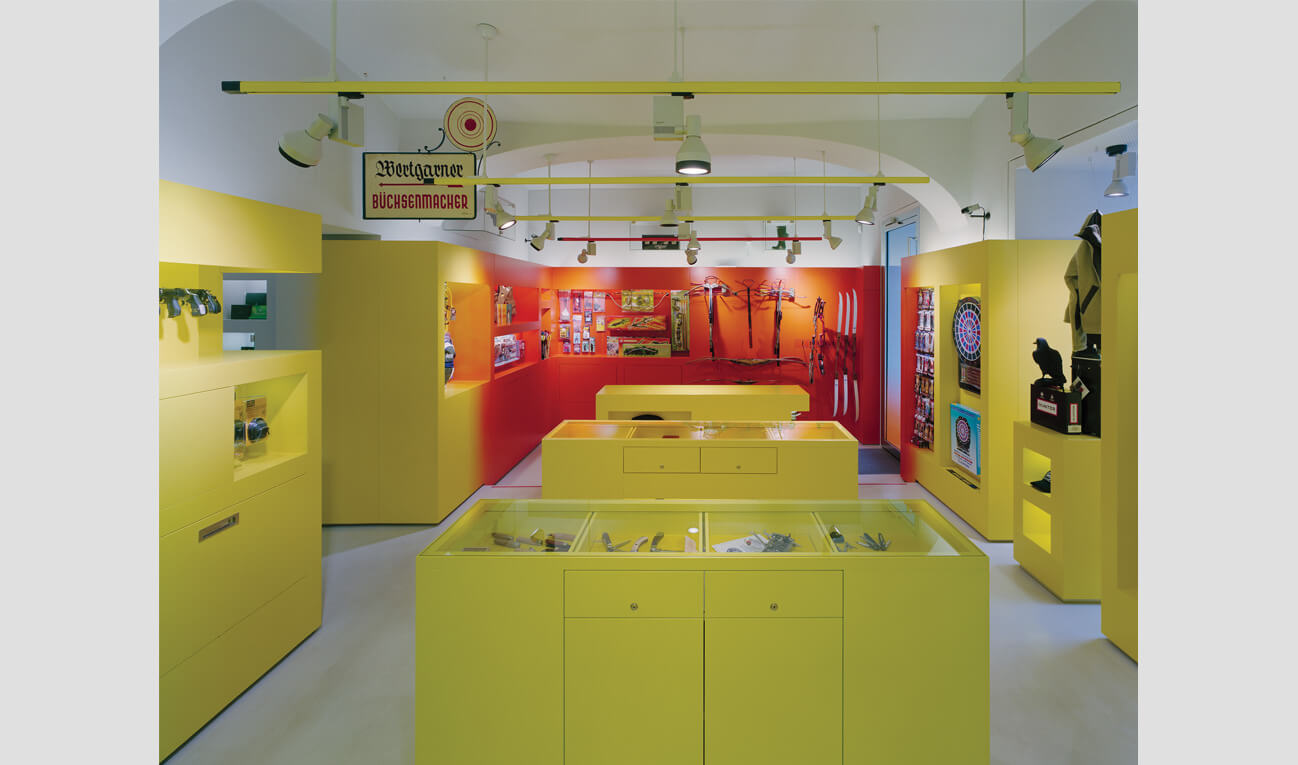 The actual center of the shop, the pine green “Hunt Room”, is placed in the background, screened from the service spaces by a heavy velvet curtain. Here, the exclusive firearms are sold. The “Hunt Room” is accessed via narrow passageway created by the formed light-well, used on one side as a changing booth. In the room, there are two heavy armchairs with grass-green pony skin upholstery and many historical objects from the family collection, such as the painted target.